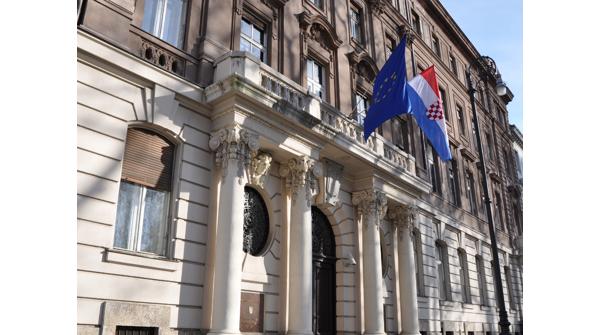 A Croatian national was kidnapped in Cairo whilst on his way to work, by unknown armed assailants who stopped his car and took him.

Croatia’s Foreign Ministry announced Friday that the 31-year-old Croat “was kidnapped on 22 July in Cairo while driving a vehicle to work at a French-owned company”.

According to the ministry, their national was stopped by a group of armed men who forced him out of his car and drove him away to an unknown destination.

A source at the Egyptian Ministry of Interior told Daily News Egypt that the car the victim was in was stolen, but later found by the Egyptian police. The source added that “efforts are being put through to arrest the criminals”.

The Croatian Foreign Ministry said it has, along with the Croatian Embassy in Cairo and other institutions, been in “close contact with the competent Egyptian institutions, the EU Delegation in Cairo, and the French company in question”.

The Croatian embassy was unavailable for comment on Saturday. The French company is believed to be Compagnie Générale de Géophysique (CGG), according to a Reuters news agency report. The French-based company provides geophysical services to oil and gas companies.

Is there a future for Haiti?