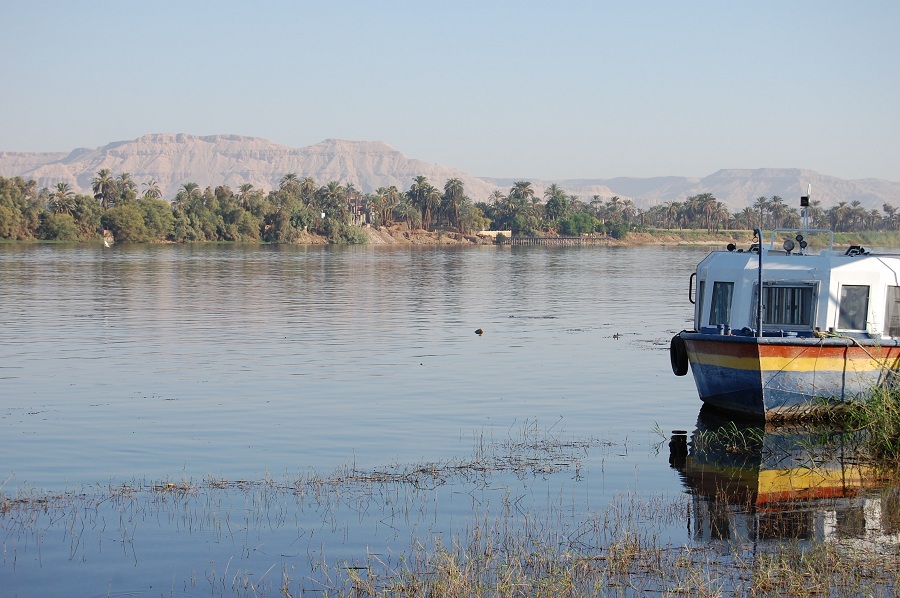 Prime Minister Ibrahim Mehleb issued a series of decisions as a result of Nile boat sinking incident that killed dozens of people last Wednesday, on top of which the order to halt any activity for barges in Cairo from sunset to sunrise, until further notice next September.

There will be no permits issued in the upcoming period, whether for boats or Nile ports. In addition, an extensive campaign will be led by the Ministry of Interior to track down all ships committing legal violations, to face strict penalties, according to state-run news agency MENA’s report Sunday.

Mehleb formed a committee, including members of the Ministries of Transportation, Environment, Irrigation, Interior and Justice, to review maritime transport laws and regulations related to safety and punishment of those who violate the law.

Two officials have been fired over the tragedy, namely the heads of the Egyptian Authority for River Transport (RTA) and the Water Bodies Police Department.

The Ministry of Transportation is in charge of revising all maritime safety laws and regulations, including basics, such as life jackets, which were not available on the sinking boat.

The Egyptian government announced the issuing of compensations of EGP 60,000 for each victim killed in the Nile boat sinking accident last Wednesday in Cairo, effective Sunday, according to MENA.

The sum is to be divided between the Ministries of Finance and Social Solidarity, which are to pay EGP 40,000 and EGP 10,000 respectively. Moreover, a total of EGP 10,000 is to be provided to the injured, divided between both ministries, as well as the Giza governorate.

Mehleb allocated EGP 2,000 for those injured to be paid by the Ministry of Social Solidarity and EGP 5,000 to the Ministry of Finance. The Giza governorate, meanwhile, is to bear EGP 3,000 per each injured individual.

In the meantime, Health Ministry spokesperson Hossam Abdel Ghaffar said in TV statements Saturday evening that there were five injured.

“They have all been treated and released, but one of them was transferred to the Abbassiya Psychiatric Hospital,” he told Mehwer channel, adding that “she probably had children who died in the accident”.

As he spoke, a young female survivor was being interviewed by the same channel. She said she demanded “the death penalty for the responsible”, adding that three days have passed since the accident and she has not been brought in for interrogations yet.

Her father said she was the only survivor of eight family members, like many of the victims, who were relatives of large families. They said the boat had nearly 55 people on board.

A total of nine people are believed to have escaped drowning. The Ministry of Interior said Wednesday that the boat sank after it collided with a barge. It also stated that barges were not allowed to move in the river after sunset.

The barge captain and three other crew members are facing charges of manslaughter by prosecution authorities.

The Egyptian authorities have been heavily criticised by survivors, eye-witnesses to the incident and media. The government will apparently be held accountable for its “incompetence” in rescue efforts and for lack of monitoring and law reinforcement of sailing activities in the Nile.