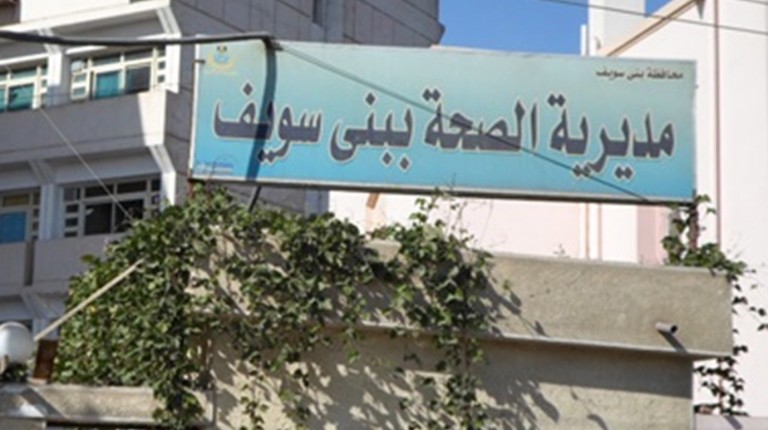 clientAt least 27 infants were reportedly poisoned over the past three days, after they were administrated doses of intravenous rehydration solution in Beni Suef hospitals, the Health Ministry stated Monday.

Seven cases were reported in Al-Wasty Central Hospital, 12 in Beba Hospital and eight in Ehnasia Central Hopital. They suffered from diarrhoea, vomiting, fever and stomach pain. They were transferred to Beni Suef Public Hospital.

Abdel Ghaffar said two children died Sunday after being admitted to hospital for fever, while the third died of an inflammation of brain cells. “Initial medical reports, yet to be confirmed, indicate that they were all administrated the same solution,” he explained.

The ministry identified the medicine to be “Rehydran”; a salt mixture administrated intravenously, which helps children overcome complications from diarrhoea in dehydration cases. The Health Ministry identified batch no. 140509 to be the suspected dangerous product.

However, the solution does not lead to encephalitis, which is what killed the first child, Abdel Ghaffar asserted. What it does is trigger spasms, as the ministry reported that children suffered seizures as reaction to a 50 cubic centimetres dosage.

Minister of Health Adel Al-Adawi reported the incidents to the Prosecutor General’s office, after referring to investigations the head of the central pharmacy inside Beni Suef’s Health Directorate, which stores the medication then redistributes it to health facilities.

“The medicine products carrying that batch number have been pulled in order to prevent further infections in other hospitals,” Abdel Ghaffar said. The ministry identified the manufacturer of the drug as “Al-Motahedoun” pharmaceutical company, based in the 10th of Ramadan City.

Dehydration among children in Egypt has been an issue for decades. “Rehydran” has also been used for a long time. According to Mohamed Seoudi, former deputy of the Pharmacists’ Syndicate, the solution has existed in the market for at least 35 years now.

“We used to prepare it on our own,” he told Daily News Egypt. Likewise, he said that Al-Motahedoun Company has also been operating for more than 10 years.

The company’s media office denied that it produces any products named “Rehydran”, thus claiming the Health Ministry was mistaken. The media officer refused to tell Daily News Egypt which rehydration medicine they were creating, on grounds that “such information was not to be issued to journalists, only clients.”

“We have heard about the incident from the news and have no further comments to communicate currently. We are looking into it,” the company’s representative said over the phone.

Oral Rehydration Solution (ORS) is used for non-severe dehydration, in cases of upset stomachs and diarrhoea, and comes in powder or liquid form, to compensate for fluid losses. The powder is manufactured by the local CID pharmaceutical company.

The company describes the product “Rehydran-N” as a mixture that contains glucose in the optimum concentration to permit sodium and potassium absorption, administered orally to  prevent or correct electrolyte imbalance, as well as to replenish fluid losses  in cases of acute dehydration. Side effects from over-dosage include vomiting and hypernatraemia, a sodium concentration in the blood.

Meanwhile, Abdel Ghaffar said every package of 10,000 drugs carries a batch number, and explained that the problematic batch was only distributed in the governorate of Beni Suef, but that the ministry currently halted its usage nationwide.

“The company would be responsible once it is confirmed that the medicine was actually spoiled,” he added, as the ministry will analyse samples of the medicine, and run children’s waste tests under the supervision of prosecution authorities and the Forensic Medicine Authority.

Oral Rehydration Solution (ORS) has been recommended over conventional therapy by the World Health Organization and UNICEF, in addition to several scientific researches in the 1980s and 1990s.

The main components of the solution are sodium chloride, glucose and potassium.