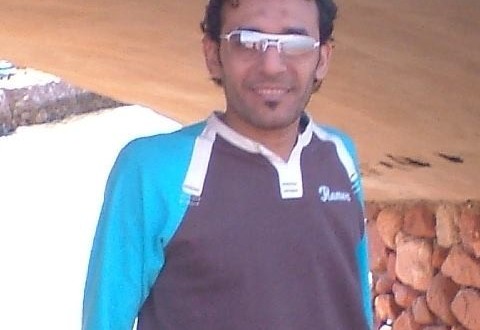 A detainee at Tora prison is in urgent need of medical attention according to a local rights group who have called for an intervention to save the detainee’s life.

The Egyptian Commission for Rights and Freedoms (ECRF) issued a report on Sunday on the health and treatment of prisoner Hani Halim. In the report, the group states detainee Halim has developed epilepsy due to an excess of electricity in the brain following exposure to electrical currents in periods of physical abuse whilst in detention.

Halim’s family have stated that his condition is deteriorating severely due to a denial of medication. The ECRF statement continues that his family have also applied to deliver treatment at their own expense under prison supervision, but were denied. Halim’s lawyer has attempted to raise the issue of his health with the prosecution, but this has also been rejected.

The ECHR has called on the Ministry of Interior and the prison service to provide the necessary medical attention for Halim, and to provide adequate health care for detainees.

A Ministry of Interior media office spokesperson told Daily News Egypt that detainees in Egyptian prisons are “provided with everything. They are regularly assessed and taken to hospitals if required. There is a medical committee which judges on the needs of each individual.”

The spokesperson was not able to comment on specific cases but said: “If a prisoner has epilepsy then that prisoner will be treated. It is not a requirement of family members to provide the medicine.”

According to a study by the ECRF, between 30 June 2013 and 1 June 2015, a total of 143 individuals died due to poor or non-existent health care in Egyptian prisons. Abuse of detainees is a well-observed phenomenon in Egyptian prisons, which rights groups say often operate outside of the law.

The death of lawyer Karim Hamdy by torture in Matariya police station in February sparked a wave of protest against the ongoing abuse of power by security forces in Egypt. A police officer remains on trial for his death, but whilst few security officials are ever convicted for abuse, an Interior Ministry spokesperson at the time said “nobody is above the law”.

“Health care for detainees is a key element of the right to health and should not be compromised by an individual’s legal situation. Regulation says out the duties of prisons and prison doctors such that individuals must be assessed promptly,” the ECRF said in a statement. “Detainees die for a variety of reasons inside prisons, the infrastructure is not fit for human life, including mass overcrowding and a lack of health care and medical attention.”

According to the ECRF, Halim was arrested in April 2014 and was taken to national security at Lazoghly in downtown Cairo. During an 11 day detention at the headquarters, Halim is reported to have been abused severely, including electric shocks and suspension by handcuffs from behind.

Halim was presented to State Security Prosecution on charges of belonging to a terrorist group, possession of firearms, and financing protests. Since his arrest in April 2014, Halim has not been taken to court, and had his period of detention repeatedly renewed, most recently in March for a further 45 days.

Pre-trial detention is a controversial process in the Egyptian legal system, and has been frequently criticised by rights group as a tool to pressure anti-government activists to confess to alleged crimes.

Lawyer Mokhtar Mounir, who works with the Association for Freedom of Thought and Expression (AFTE), previously told Daily News Egypt: “After the latest legislative amendments passed by the cabinet, now the number of days in which a person can be held in detention before a trial is unlimited, which is unconstitutional.”

The ECRF have faced their own difficulties in recent months whilst undertaking their work. Earlier in July, four members of the leading NGO were arrested whilst carrying out field research on the development of slum areas in Khosous. According to the ECRF, the arrested employees were questioned over collecting data without appropriate authorisation and working for an unregistered NGO, charges which they deny. They were released the following day on bail.

In June, ECRF executive director Mohamed Lotfy had his passport confiscated and was prevented from travelling to Germany, where he was due to speak at a parliament discussion on the human rights situation in Egypt. Lotfy’s travel ban by Egyptian authorities came on the same day that President Abdel Fattah Al-Sisi began an official visit to Germany.

Asked whether his work and the ECRF are being singled out amongst NGOs, Lotfy suggested that their experience is no different to other organisations: “It may be that we are being targeted, but you also have to look at the bigger picture of the treatment of NGOs and civil society across the country.”