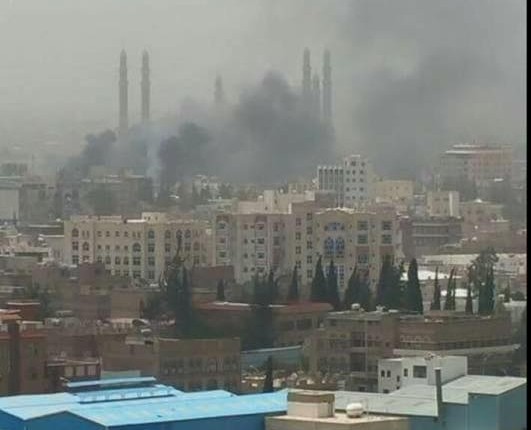 Human Rights Watch (HRW) reported Monday that its investigations into several air strikes by the Saudi-led coalition in Yemen on 24 July found no apparent threat at or near the Mokha Steam Power Plant workers compound.

On Friday, the compound was the target of several bombing runs by the Saudi-led coalition and left 65 civilians dead, according to the power plant’s director general.

Ole Solvang, a senior researcher at HRW, stated: “With no evident military target, this attack appears to be a war crime.” HRW claims it had investigated the scene of the attack one and a half days after the strikes, and found no evidence of the compound being used for military purposes.

While an air defence base is situated approximately 1 km away from the compound, workers at the plant claimed it had not been in use for months. The military facility was unharmed by the air strikes.

According to the Geneva Convention and the UN Charter on Human Rights, deliberate or indiscriminate attacks on civilians are prohibited and might constitute a war crime under certain preconditions such as the seriousness of the violation and criminal intent.

It is not the first time HRW has accused the coalition of violations against the laws of war and other international conventions. In May, the international watchdog claimed to have found evidence of the use of cluster munitions in Yemen.  Later that month, it criticised the naval blockade against Yemen for causing needless suffering among the civilian population.

Meanwhile, fighting in Yemen continued Monday despite a truce announced unilaterally by the Saudi-led coalition. According to Yemen’s Saba News Agency, which is Houthi-controlled, forces loyal to the Houthis shelled Jizan province, whilst Saudi-owned Al-Arabiya announced Saudi forces had retaliated for the attacks.

The truce officially came into effect at midnight on Sunday to allow aid and aid agencies to access the country. The Houthis claimed they hadn’t been officially informed about any ceasefire and would act accordingly; shelling Aden airport with rockets only hours after the truce came into effect.

UN and foreign aid agency officials have repeatedly called for a ceasefire to supply the civilian population with desperately needed food, medicines and fuel. According to the UN, more than 80% of the Yemeni population now depends on aid in some form.