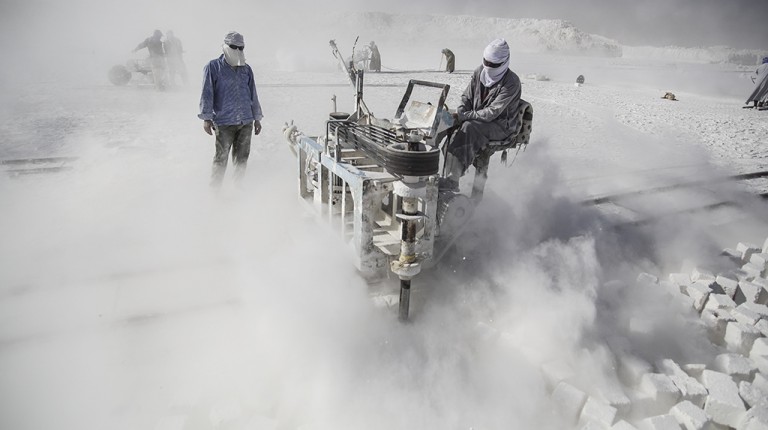 The Ministry of Investment has received a list of approximately 100 projects from Upper Egypt, to be debuted in the “Upper Egypt Development” Conference to be held in September in Hurghada.

Minister of Investment Ashraf Salman said that the government will offer economic feasibility projects, and it will give priority to vital projects such as dry ports, roads to be built through the Build Operate Transfer (BOT) system, and general free zones.

Advisor to the Minister of Investment Sheriff Otefa said that the General Authority for Investment and Free Zones (GAFI) will evaluate the submitted governorate projects beginning next week to the select the valid projects.

The list of projects that the ministry received includes industrial, agricultural, tourist and services projects. GAFI is responsible for promoting projects before, during and after the conference.

Assiut Governor Yasser El-Dessouky told Daily News Egypt that the governorate is keen to provide highly competitive projects, such as industries based on agriculture and projects associated with certain agricultural crops.

El-Dessouky said that the governorate will provide a special project on partial industries factories, citrus and a pomegranates unloading and packing line, a tomato sauce and paste project, basil oil extraction, onions and tomatoes drying , as well as a project to develop a sugar cane industry.

El-Dessouky added that the governorate prepared a chemical fertilisers project for agriculture industries to feed factories based on agricultural crops and increase their productivity.

The governor added that the development of a dry port would serve the export and import movement in all Upper Egypt governorates, ships with a load of 30,000 to 40, 000 tonnes.

El-Dessouky revealed that the project’s cost ranges between $150m to $170m, adding that the port will help the flow of dry bulk products such as grain, coal, phosphate and scrap.

He said that the feasibility study of the governorate projects was done in collaboration with the Ministry of Investment, adding that the governorate targets all investors, whether Arabs, foreigners or Egyptians.

Meanwhile, according to the Qena Governor Abdel Hamid El-Haggan, the governorate will propose projects that include the establishment of a phosphate fertiliser plant with investments of EGP 1bn, and another plant for cement with the same cost. In addition, it will propose factories for marble, granite, and limestone, as the country is famous for these resources, as well as projects to generate electricity from solar energy.

El-Haggan told Daily News Egypt that the list of projects included the development of “Basma” Hotel on the Nile Corniche, reclaiming acres of farmland, and the establishment of a plant for tomato sauce and pasta, and a molasses plant.

El-Haggan said that a number of projects submitted to the Investment Ministry have been debuted before but were not implemented. New projects for the development of the Qena industrial zone will be debuted for the first time.

For his part, Minya Governor Salah El-Deen Ziyada said that the governorate prepared projects in the fields of tourism, agriculture, mining, and factories for the production of calcium carbonate, common cement and white cement with investments of EGP 1bn for each factory.

Ziyada added the governorate submitted a project proposal for a marble cutting factory and the establishment of a number of hotels on the east of the Nile Mountains in the cities of Abu Qurqas, Mallawi and Deir Mawas.

Governor of Luxor Mohamed Sayed Badr told Daily News Egypt that the governorate submitted a number of industrial projects, such as fertiliser and cement projects.

Badr added that feasibility studies were conducted on the projects in cooperation with the Ministries of Planning and Investment, and the Office of the United Nations Human Settlements Program (UN Habitat).

Meanwhile, the Investment Adviser to the Sohag Governor, Sami Ghoneim, said that the governorate sent a list of available investment opportunities in the governorate, about 26 projects in the sectors of tourism, industry, trade and energy.

Ghoneim said that the submitted projects on building a residential and entertainment city on the Sohag – Red Sea road, and building a hotel on an area of ​​9,000 metres, a tourist village on Al-Zohour Island and commercial malls. In addition, a project to exploit Karaman Island to establish entertainment and tourism projects was submitted.

Ghoneim added that the governorate also submitted a number of industrial projects, such as to establish two cement and fertiliser plants, a project to produce carbide calcium, recycle solid waste, and projects for lands reclamation. Moreover, projects to establish silos and grain factories, and the cultivation of 8,000 acres of desert, and 10,000 acres in Qena Valley and a cheese and milk plant were proposed.

Red Sea Governor Ahmed Abdallah said that the governorate submitted more than 30 investment opportunities to be debuted during the conference.

The projects include solar power and desalination plants, the establishment of a sports city, a museum, and a global amusement city and tourist centre as well as a Smart Village in Hurghada.

It is expected that the Ministry of Investment will hold a meeting with the Planning Ministry and the governorates to discuss the projects before their debut at the conference.