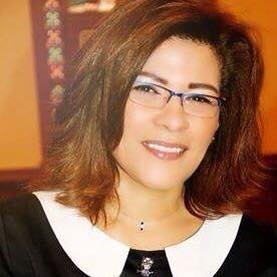 By Tim Nanns
The prosecution at the Sayeda Zeinab Misdemeanour Court decided on Wednesday to postpone the case against Fatima Naoot, who is charged with contempt of religion.

In turn, lawyer Mohammed Afifi, who filed the charges against Naoot, is now being charged by Naoot’s lawyer for insulting the court and for publishing insults against the judiciary, the Ministry of Justice and the president on Facebook. This “indicates he promotes the thoughts of the Muslim Brotherhood” according to Naoot’s own Facebook page.

Naoot is charged with contempt of Islam after she wrote “Happy massacre everybody” last October on the occasion of Eid Al-Adha, during which animals are ritually slaughtered.

Contempt of religion is punishable under Egyptian law with a prison sentence ranging from six months to up to five years, along with a minor fine. Naoot deleted her post on Facebook but insisted that her remarks weren’t intended as an insult to Islam.

Among the evidence against Naoot is her Facebook post carrying the statement, as well as an article in a newspaper in which she heavily criticised the ritualised slaughter of animals and the admiration of the idea of sacrifice in the monotheistic religions.

The last session of the trial took place on 27 May and was postponed to this Wednesday. Naoot is known as a critic of religious principles and of political Islam, namely the Muslim Brotherhood.