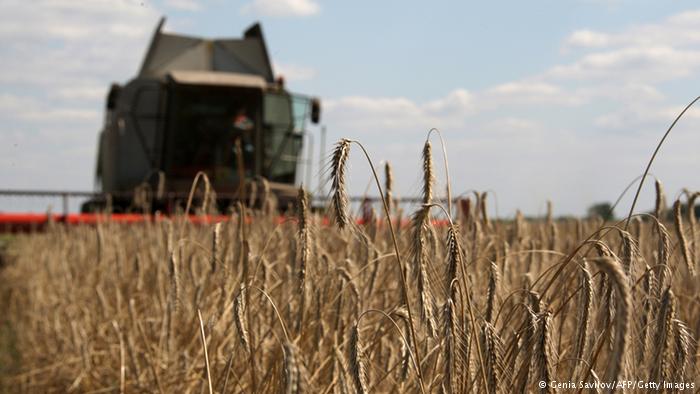 After more than a year of sanctions against Russia, the Chinese have been increasing their investments in Ukraine. They’re having the last laugh, writes DW columnist Frank Sieren.
More than a year has gone by since the European Union imposed sanctions against Russia. While Russia and the West have scarcely approached each other, Beijing has been active.

Ever since Russia annexed Crimea in March 2014, Kyiv has increased its agricultural trade with Beijing by more than 50 percent. The crisis-stricken country has become the world’s largest supplier of grain to the Chinese in the first half of this year, as the Russians purchase very little and the Europeans don’t need anything.

In fact, Ukraine has overtaken the US, traditionally China’s largest grain supplier. In their difficult situation, Ukrainians have had to offer favorable prices, sometimes giving discounts of up to 50 percent on purchases from agricultural companies.

But Beijing isn’t just interested in food: China also aims to work more closely with Ukraine in the fields of technology, real estate and science. In March, Beijing pumped $15 billion (13.6 billion euros) in loans into Ukraine’s devastated real estate market, and also enhanced its economic cooperation with the Ukrainian aviation industry. The first China-Ukraine Forum on Science and Technology was held on July 8. There, Beijing announced its aim to support Ukraine in the development of information technology.

It’s quite plausible that Ukrainians will not be quick to forget Beijing. Unlike the US and the EU, China separates investments from political conditions, as it has for several years in Africa, Latin America, Southeast Asia and Australia. And Beijing hasn’t taken sides in the Ukraine conflict, even bearing with Kyiv’s occasional impertinence – it recently banned the Communist Party in Ukraine. The country is simply too important strategically.

To Beijing, Ukraine is more than just an important food supplier and technology partner: It is also China’s main arms supplier. The only Chinese aircraft carrier, for example, comes from Ukraine.

For the moment Beijing is having from the last laugh. However, there is a risk that shouldn’t be underestimated: If the conflict escalates, Chinese commitments will have been made in vain.

DW columnist Frank Sieren has lived in Beijing for 20 years.

Klitschko says Ukraine PM resignation only ‘a step to victory’