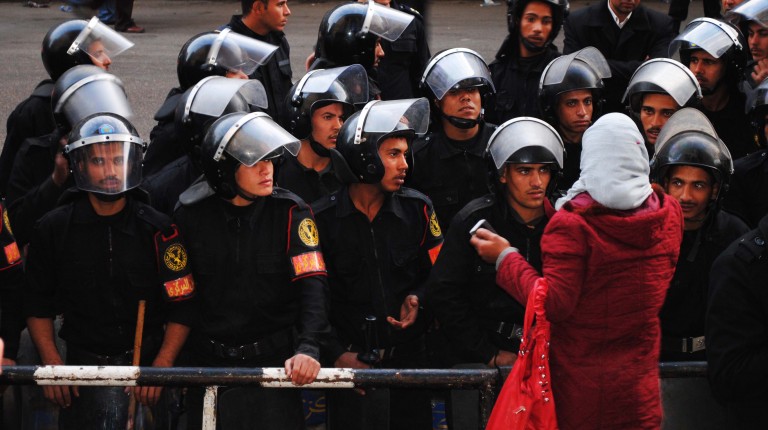 The UK authorised a vast increase in arms exports to Egypt at the beginning of 2015, amidst an ongoing warming of diplomatic ties and arms deals between Western countries and President Abdel Fattah Al-Sisi’s government.

A report published in July by Britain’s Department of Business, Innovation, and Skills has revealed that, in the first three months of 2015, it authorised £48.8m (EGP 600m) worth of arms sales to Egypt. During the same period of the previous year, the UK authorised a markedly lower figure of £1.6m.

The authorisations primarily licence the sale of components for military combat vehicles, which may include compete vehicles. The Department of Business, Innovation, and Skills has the mandate to authorise private companies to export their products to foreign countries. The British government, however, is not under obligation to reveal which companies are involved.

Andrew Smith, of the UK-based Campaign Against the Arms trade, and who brought the report to light in Newsweek, said the scrutiny that arms deals are subject to by the British government is weak and should be reassessed.

“In theory, these deals are meant to be tightly regulated, and yet UK arms are consistently sold to war zones and dictatorships,” Smith told Daily News Egypt. “The deals with Egypt and the invite from Prime Minster David Cameron to visit London is a large escalation in relations, Cameron is looking to build stronger diplomatic ties with Egypt without consideration for human rights abuses in the country.”

A Department of Business, Innovation, and Skills spokesman told Newsweek that the British government takes the issue of human rights abuses seriously and employs strict standards for exporting arms to countries where there is cause for concern.

“The UK Government continues to have concerns about human rights in Egypt, which is why we apply rigorous standards in assessing export licence applications,” the spokesman told Newsweek. “We continue to monitor the situation in Egypt, particularly in relation to crowd control operations, and keep in close contact with EU partners on the application of export licensing policy.”

Critics of the deals point to Egypt’s ongoing abuses of power against civilians as a reason for halting arms deals. The most notable of these abuses of power was the clearance of the Rabaa Al-Adaweya and Al-Nahda Square sit-ins in 2013, when, according to government figures, over 600 protesters were killed by security forces, although rights groups put the number at hundreds higher.

It has previously been found that the Egyptian security forces have used British military equipment against protesters. A 2011 article by British newspaper The Independent reported that tear gas produced by the British defence contractor Chemring Defence was used against demonstrators in Egypt following the 25 January Revolution. Chemring maintained that its sales were legal, and had been halted after 1998.

Numerous military and economic relationships with Western countries, including the UK, were suspended after the July 2013 regime change that ousted former president Mohamed Morsi.

The US, who halted a significant amount of its annual $1.3bn military and economic aid to Egypt after Morsi’s ouster, resumed full support earlier in 2015. Whilst a State Department report surfaced acknowledging that President Abdel Fattah Al-Sisi’s regime had made negative progress towards democratic transition, it authorised a full resumption of spending on the basis of ‘national security interests’.

Egypt received eight F-16 fighter jets during the weekend as part of the aid, with the US also having delivered two Fast Missile naval missiles in June, and 10 Apache military helicopters in December.

On 20 July, Egypt officially received the first three Rafale fighters from France as part of a €5bn deal that will see it take 24 fighter jets. Also part of the deal is a navy frigate, which arrived on Friday to the Ras El-Teen naval base in Alexandria. The large-scale military deals have been accompanied by visits by the French foreign and defence ministers to Cairo within recent weeks.

Egypt is also awaiting the delivery of two German submarines, having ordered two in 2011 and ordered a further two in 2014. President Abdel Fattah Al-Sisi received a warm reception in Germany when he made an official state visit to the country.