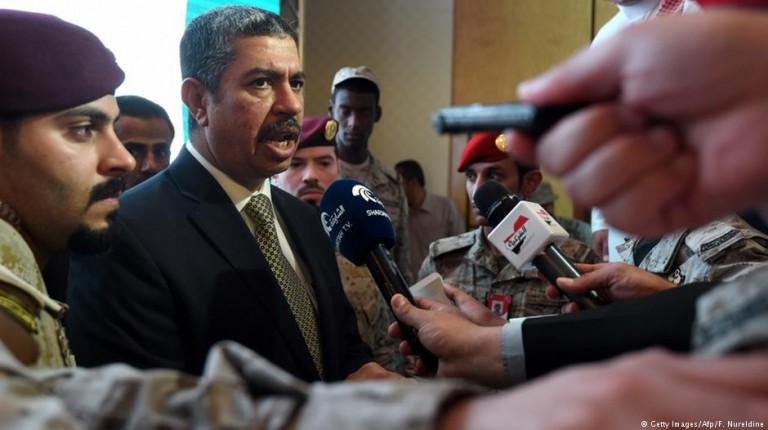 Prime Minister Khaled Bahah has returned to Yemen from exile in Saudi Arabia, according to airport officials in Aden. Bahah had fled to Riyadh with President Mansur Hadi after the rebels entered the port city last year.

Bahah is the most senior official of the internationally recognized Yemeni government to have visited Aden since the strategically important southern port city was recaptured more than two weeks ago.

Local Sunni fighters allied to Saudi Arabia had driven out Iran-backed rebels from the city in mid-July.

According to the airport sources, Bahah flew into Aden on Saturday noon on a Saudi military plane. Several ministers of the exiled government in Riyadh also travelled with Bahah, Arab TV channels confirmed.

A Saudi-led coalition of Arab states launched an air campaign against the Houthis on March 26. Riyadh accuses Tehran of backing the rebels, who have made significant territorial gains in the impoverished Middle Eastern country, capturing the capital Sanaa and ousting the internationally-recognised President Hadi, who fled Yemen in March.

Over 3,000 people have been killed and over a million displaced since the start of the conflict. More than 21 million people – over 80 percent of Yemen’s population – are in urgent need of aid, and some 9.4 million Yemenis have problems accessing water, according to the UN.

The coalition declared a humanitarian ceasefire on Monday but it lasted for only few hours.

Several Yemeni ministers have toured Aden in the past two weeks to assess the damage from the fighting and to find ways to reopen the airport and ports to allow the delivery of relief supplies into the city.

The Shiite rebels still control the capital Sanaa and large swathes of territories in the country’s north.