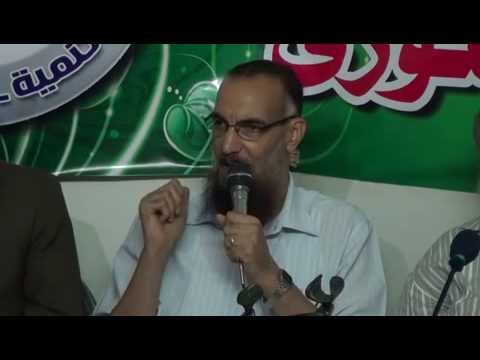 The Building and Development Party (BDP), the political wing of Al-Jamaa Al-Islamiya, announced its condolences for the death of Al-Salamony in a statement on Saturday.

Head of the BDP party, Tarek Al-Zomor, expressed condolences for the prisoner’s death and attributed the cause of death to medical negligence.

“Al-Salamony never held a weapon, and never resorted to violence,” said Nageh Ibrahim, a former member and founder of Al-Jamaa Al-Islamiya. “He was accused of charges related to speech, like inciting against the regime and other charges that are constantly used these days by the regime against its opponents.”

Al-Salamony was already ill and was yet to receive a prison sentence, according to Ibrahim.

Muslim Brotherhood member, Ahmed Ghozlan, also died Saturday in Al-Abadeya prison. Mohamed Ghozlan, son of Ahmed Ghozlan, had posted on his page a few days earlier that prison authorities had refused to allow medical treatment, brought by his family, to enter the prison.

Al-Abadeya prison in Beheira had witnessed several instances of reported deaths as well as protests by the families of the detained as a result of ill treatment of their detained family members.

In March, families of detained Muslim Brotherhood members protested in front of the aforementioned prison due to what they described as torture practices inflicted against the prisoners.

Following the 25 January Revolution, prisoners in Al-Abadeya rioted against prison authorities due to restrictions and ill treatment, resulting in injuries and several prisoners’ deaths.

Reports indicate that police officers face accusations of “beating to death”, as evidenced by forensic medical reports that indicate parts of the victims’ bodies are damaged enough to have resulted in death. This is in addition to the conditions of detention and medical negligence of the prisoners.

The National Council for Human Rights(NCHR’s) accounts of Tora and Al-Aqrab prisons in 2013 observed verbal and physical assaults by prison authorities and police officers on prisoners, lack of leisure time, prevention of prisoners’ access to mass media, absence of medical care in prison hospitals and the “refusal of some [medical centres] to receive patients, which endangers their lives”.

Ibrahim called on the Egyptian state to uphold health standards in prisons, and to release detainees suffering health problems, while they are still under investigation.

Nageh Ibrahim was an active militant during the late 1970s and 80s, receiving harsh prison sentences. During his prison time, he, along with many group members, initiated the Al-Jamaa Al-Islamiya revisions, which renounced the wave of violence between the group and the state.

Al-Jamaa Al-Islamiya was one of the main jihadist militant groups in the 1980s and the 90s, assisting in the assassination of Anwar Sadat and physically confronting the Hosni Mubarak regime.