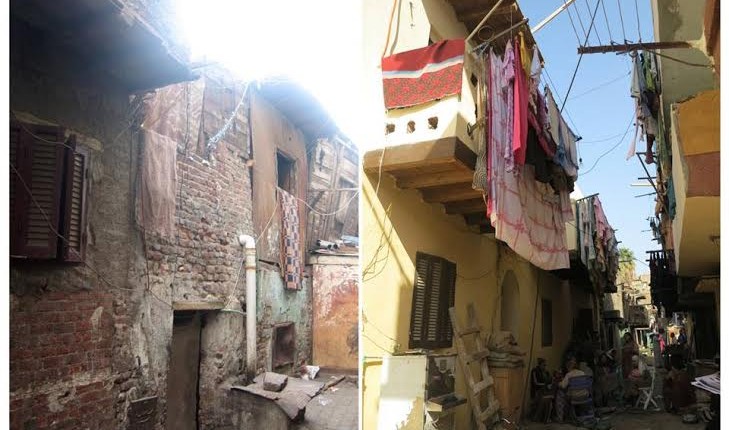 Waking up in a house in Asal State, Cairo has nothing to do with common mornings anywhere else as water, electricity and many other essentials are scarce privileges that few have.

Asal State is one of the oldest slums in Cairo, as well as one of the closest ones to Downtown. However, despite being few kilometres away from Cairo’s most important neighbourhood, the area lacks any structured buildings and markets.

One year ago, Cairo Governor Galal Al-Saied  listened to Asal’s residents as well as many other suffering citizens and declared a major development plan that would include many of Cairo’s suffering slums.

“The government, in collaboration with the Federation of Egyptian Banks and Long Live Egypt Fund are currently targeting 33 slums to restructure the buildings, install sewage system, in addition to road pavement and lighting,” said Khaled Moustafa, the governorate’s spokesperson.

The residents were surprised with the unexpected results earlier last week upon returning to their area. The Asal State was rebuilt in order to provide both safety and visual cohesion. Despite the fact that only part of the first phase has been completed, the established 70 buildings are incomparable to the previous ones.

“The project in Asal State began when a group of businessmen renovated 13 buildings. Later the governorate took upon itself the mission of rebuilding 400 houses plus creating a structured market and a service centre to teach the residents handcrafts,” Moustafa said.

The project was not only welcomed by the residents, but also by social-media users who could not believe the final output of the first phase. Many of the users commented on the pictures shared online that they only wish the residents preserve the outstanding renovations, which included paving the roads and removing garbage.

“We have finished 30% of the project, which included 70 buildings. Upon finishing the first phase, the results will be presented to the Long Live Egypt Fund in order to convince them to fund the second phase, which will cover an extra 55 houses,” declared Moustafa.

The spokesperson also confirmed that Cairo has 112 slum areas that vary between safe and dangerous areas, including Doiqh, Establ Antar and Ezbat Khair Allah. The dangerous slums are set to be completely removed while their residents are relocated to close residential projects.

“The governorate is currently establishing and building two locations in Asmaran, Mokatam to re-house the residents of Manshey