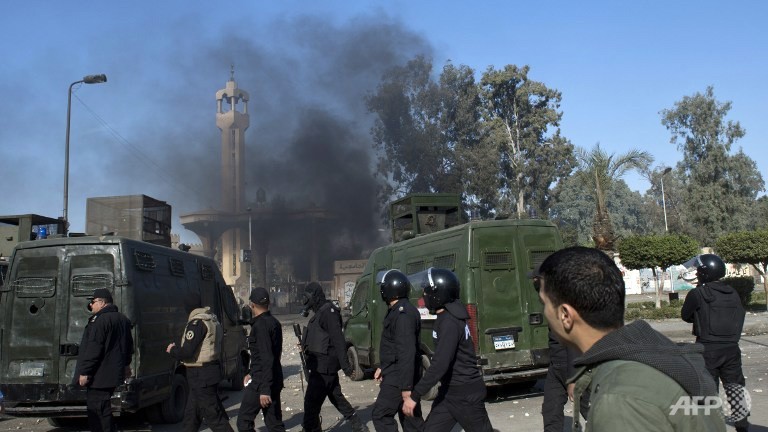 The Cairo Criminal Court postponed the issuance of the verdict in the “violence in Helwan” trial to 9 August, because the defendants were unable to attend the session, state media reported.

The eight defendants are accused of a number of charges, including: illegal gatherings; thuggery; protesting without a permit; showing force and threatening to use force; damaging public and private property; and disturbing public peace.

The same court also postponed the “Al-Azhar University clashes” trial session to 13 September, as one of the defendants was unable to attend the session.

There are eight defendants in the case, and they are charged with: illegal gathering with the intention of damaging public and private property owned by Al-Azhar University; threatening public officials; and showing force.

The Cairo Criminal Court also postponed Saturday the trial for Kareem Hamdy’s torture case. The police have attributed the cause of the postponement to their inability to secure the court due to “Suez Canal preparations”.

Trials in which police officers or state officials face prosecution are heavily guarded by special forces from the police, and sometimes the military.