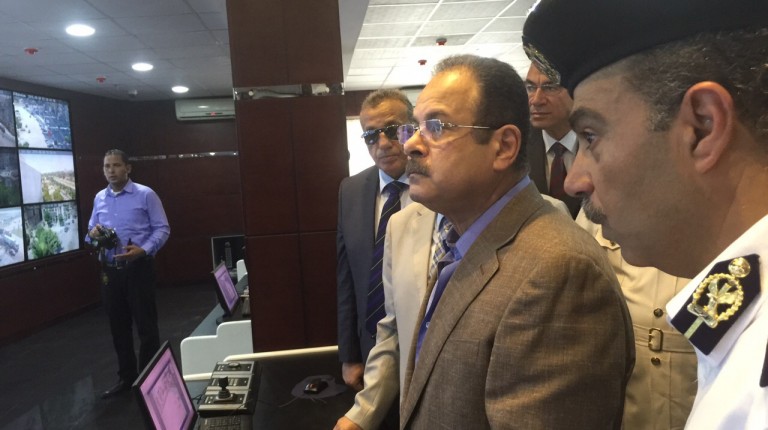 Minister of Defence Sedki Sobhi checked on Tuesday the final touches of security preparations to the inauguration of the New Suez Canal project.

The army chief visited deployed army personnel in the Suez Canal area, as well as emergency interference forces, and discussed with officers and soldiers “the technique of accurate execution of missions and duties they are assigned to”.

Minister of Interior Magdy Abdel Ghaffar also toured Tuesday the city of Ismailia, to check the security preparations ahead of the inauguration of the New Suez Canal project.

The minister also met with a number of armed forces leaders and officers, praising the coordination and cooperation between the police and army to secure the much-anticipated event.

Abdel Ghaffar asserted the necessity for security forces to adhere to high alert levels, a matter he acknowledged will require the assertion of large efforts to “assume the national duty assigned to them”.

The Egyptian armed forces’ Chief-of-Staff, Mahmoud Hegazy, revised the main plan to secure the celebrations, and visited a number of check points, according to an army statement on Monday.

Hegazy observed the fighting units responsible for the opening ceremony’s security, asserting that “men of the armed forces are responsible for protecting Egyptian national security, and securing the news Suez Canal is a holy mission”.

The Suez Canal Authority (SCA) meanwhile announced Tuesday the beginning of the News Suez Canal project inauguration celebrations. This saw the launch of an event in which Egypt’s Paralympic swimming champions unfurled a 5 km long Egyptian flag in front of the platform from which President Abdel Fattah Al-Sisi will give a speech on Thursday.

The inauguration will take place with the attendance of several heads of states and governments, including Russia, France, Sudan, the UK, Lebanon and members of the Gulf Cooperation Council (GCC). Egypt invited all nations to participate in the inauguration, according to Foreign Minister Sameh Shoukry.

Al-Sisi kicked off the project last August, providing instructions for the project to be completed within a year, instead of the initially projected three years, a feat that was much lauded upon achievement.