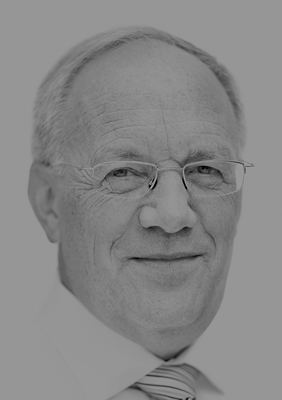 Representing, Switzerland, Federal Councilor Johann N. Schneider-Ammann will be attending the official opening ceremony of the new Suez Canal, which will take place on 6 August in Ismailia.

“The economics minister and vice-president of the Federal Council will also be holding bilateral talks with heads of state and government whilst in Egypt,” an official statement from the Swiss Embassy read.

On Monday, German ambassador to Egypt Hansjörg Haber indicated that he and a delegation from Germany, led by Germany’s Vice Chancellor Sigmar Gabriel, will also be attending the event.

In July the Suez Canal Authority (SCA) called on Egyptians to participate in the opening ceremony of the new Suez Canal, by photographing themselves and sharing the pictures.

In a statement, the SCA said the citizens’ photographs will be used on the campaign’s website as a form of gratitude for the public support for the new canal.

The photographs will be also put up as a mosaic to be used as the background against which President Abdel Fattah Al-Sisi will stand during the opening.

In June 2015, Prime Minister Ibrahim Mehleb said that African presidents affirmed their attendance for the opening ceremony of the Canal.

During President Abdel Fattah Al-Sisi’s visit in Moscow in May, he met with Russian President Vladimir Putin and officially invited him to attend the inauguration of the project.

WPP multinational alliance was selected to organise the New Suez Canal international opening, to be held on 6 August. WPP was selected after fierce competition with different Egyptian and international coalitions, according to SCA Chairman Mohab Mamish.

“A promotional campaign will be launched in all capitals worldwide, Egyptian embassies abroad and international ports,” said Edmond Moutran, Chairman and CEO of Ogilvy.

The new Suez Canal is the national project of the year for Egypt. With the project, the government aims to decrease the period it takes cargo ships to cross the canal, and simultaneously increase their flow. It is forecasted that Suez Canal income will increase by 259% before 2032 to reach around $13bn annually.

President Abdel Fattah Al-Sisi announced the mega project in August 2014. He called on the army’s engineering corps, which directly supervises the project, to complete the New Suez Canal in one year instead of the previously scheduled three-year timeline.

The total length and depth of the New Canal amount to 72 km, which is an extension parallel to the original one. Total costs for the new project amounted to approximately $8bn.