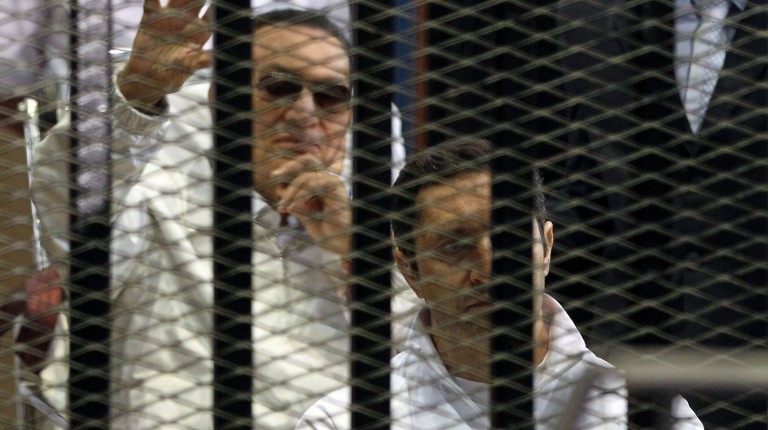 A travel ban on six Egyptian businessmen was lifted by an official court decision, despite a trial case concerning illicit gains that has remained pending since 2011, state-run newspaper Al-Ahram reported Tuesday.

The decision also took their names off the list of “wanted suspects upon arrival by Interpol”.

The names included businessman Magdy Rasekh, the father-in-law of former president Hosni Mubarak’s eldest son Alaa. Rasekh was facing charges of illicit gains and waste of public funds along with Mubarak-era Minister of Housing Ibrahim Salman, through facilitating the illegal acquisition of state-owned lands in favour of the former.

Rasekh is believed to have taken advantage of his position as a former non-executive chairman of SODIC, from which he resigned in May 2011. In 2012, he was sentenced in absentia to five years in prison.

At the time, Rasekh was believed to have fled alongside wanted businessman Hussein Salem to Spain. However, Egyptian Interpol Head Magdy El-Shafey said he had not heard anything regarding him from Spanish authorities, suggesting he had not left Egypt, Al-Ahram reported after the verdict.

The ruling was later cancelled by a Cassation Court decision and a re-trial is ongoing, with the next hearing date set for 18 August. Both Rasekh and Salman were previously ordered to return a total sum of EGP 970m to the state.

Other businessmen covered by the same decision to lift the travel ban included Ahmed Bahgat, who has previously been able to freely travel to Switzerland. The four others are Safwan Thabet, Shafiq Mohamad Al-Boghdady Abu El-Wafa, Ahmed Abdel Maqsoud Arafa and Morrocan tycoon Meloud El-Shaaby.

The six names were part of a list of 153 Mubarak-era businessmen and their families issued by the Egyptian Financial Supervisory Authority in March 2011, as banned from managing their assets and travelling.

Several countries, including Switzerland and the UK, froze assets belonging to some Mubarak regime figureheads, but “this does not guarantee the recovery of these assets”, the Egyptian Initiative for Personal Rights (EIPR) said in a research paper two years later.

“After the assets have been frozen, responsibility lies with the country seeking to reclaim these assets – Egypt, in our case – to provide evidence proving that the frozen funds rightfully belong to it and that they have been illicitly acquired,” EIPR stated.

EIPR added that asset recovery rarely happens due to the non-existence of “recognised mechanisms regulating the process”. Recently, Swiss authorities warned of not being able to continue the freeze, due to lack of efforts by Egypt to recover the assets.

Alaa and Gamal Mubarak have also faced similar charges, along with a number of state officials, such as fugitive former Civil Aviation Minister Ahmed Shafiq.