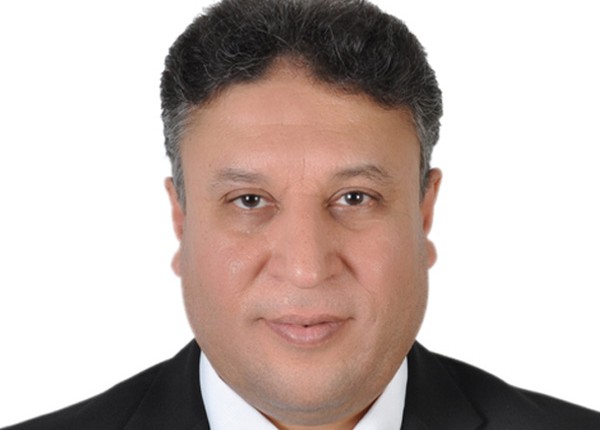 Daily News Egypt interviewed Omega Soft CEO Ashraf Ateya to talk about the services the company provides to the Suez Canal Authority (SCA) after the official opening of the new canal on Thursday.

What is Omega Soft Projects?

Omega Soft Projects was established in 2003, as a joint stock company and focuses on the public sector, working on the concepts ‘electronic government’ and ‘smart government’.

E-government means that the government provides all services online, hence facilitating and improving work procedures, and automates the back office for services provided to citizens. Smart government entails providing services via smart phones.

The company has experience in the export of software and employment, and we have more than 200 Egyptian employees working abroad. Omega works through the government, financial and business sectors, and citizens. Omega is working with the public sector on transparency in providing services and information, providing services equally, facilitating procedures and raising the level of efficiency of state employees, while taking into account existing regulations and policies. For the investment sector, the company seeks to provide the necessary technology for doing business, and provide citizens with efficient and fast service.

Omega works in financial solutions and management support systems in 49 projects in Saudi Arabia and other Arab countries.

What are the services the company needs to provide for the Suez Canal?

The company offered 45 applications for free to be used in the New Suez Canal, as the company’s board agreed to provide services for the channel free of charge, as we believe in this national project. The company will give the SCA licenses and it has to pay salaries to the staff working on these licenses, which is considered a contribution from the company to solving the unemployment problem.

The company’s solutions are certified and operate in seven Arab countries, such as Saudi Arabia, the UAE, Kuwait, Egypt, Oman, Qatar, Sudan and Syria.

The company sent a letter to the SCA head Mohab Mamish to manage and operate the Suez Canal through the company’s applications and IT solutions, and we expect to meet Mamish during the celebration of the opening of the New Suez Canal.

We will provide the New Canal Govern Resource plan (GRP), which means government resources management through our products in HR management, recruitment, administration, communication and information management. Thereby we follow all government transactions through the Internet and mobile applications to achieve citizen or customer satisfaction.

Why you are working on the Suez Canal project and not on other national mega projects?

Do you expect cooperation between Omega Soft and E-Finance?

E-Finance is perfect in e-payment activities and it is possible to work with and integrate with them, as e-finance is complementary to the IT field.

How many seats are there in the company’s Board of Directors, and what is its capital?

The board consists of five members; four Egyptians and one Saudi. The capital is EGP 5m.

What are the company’s investments?

Our investment in the ongoing mega project in the public sector is more than EGP 150m.

Does the company plan to invest in the new capital project?

There must be a clear vision for the project and when the government starts building, the company may have business. We will participate like the rest of the companies in big public sector projects, and as with the large projects funded with investors’ money, the company is seeking to enter into investment.

Does the company plan to be listed in the Egyptian Stock Exchange (EGX) or in Arab stock markets?

No, we are not thinking about it, as the company’s board believes that the right business does not speculate in the stock market, as the stock market culture has no basis in Arab countries as it does in some foreign stock exchanges, which are based on corporate assessment. In Egypt, the EGX is understood as a speculation, which is disproportionate with good business.

Does the company plan to participate in projects that will be announced in the “Upper Egypt Development” Conference to be held in Hurghada next September?

The company can prepare a plan to participate in the conference to know the kind of projects and define which of them the company can help through providing its applications.

Is the government serious about implementing smart government, and what is the degree of cooperation with Omega?

The company launched an initiative to the government and started with the Luxor governorate –selected by the minister of communications and information technology – to turn the governorate into a smart city. After the success of the initiative, it will be applied to the other governorates. The initiative is planned to be completed in one year through using the applied applications by Omega Soft and using performance indicators or key performance indicators (KPI)

Are there new projects in which the company operates?

There are investment projects in Oman and the company is studying an offer from Jordan to provide the public sector with Omega Soft solutions and applications and take advantage of our experience in municipal systems.