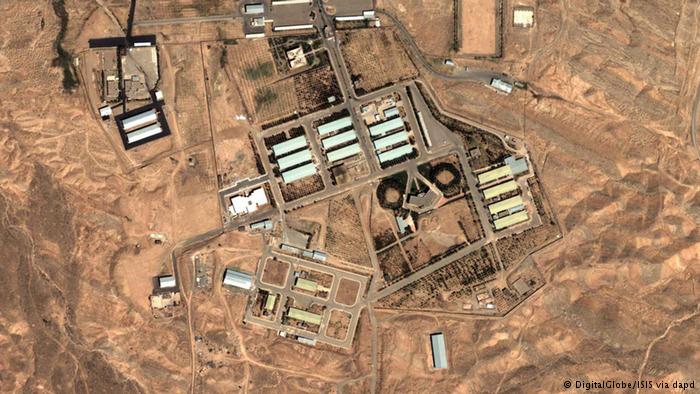 Commercial satellite images of an Iranian military complex taken last month could be evidence of “renewed activity” ahead of inspections, said the Institute for Science and International Security, a Washington-based think tank.

Iran strongly denies the accusation but the timing is important as it comes as Tehran and Washington inch closer to ratifying an agreement that would provide unfettered access for inspectors in return for relief from crippling economic sanctions.

But as a precondition to full sanctions relief, Tehran must provide sufficient information to international monitors by Oct. 15 in anticipation of a final report on its past nuclear program.

The think tank said Thursday that the images show what appear to be heavy equipment – possibly a bulldozer – and containers that have been repositioned and two new structures “of unknown purpose” that appeared between late May and early July.

“This renewed activity may be a last ditch effort to try to ensure that no incriminating evidence will be found,” said the Washington-based think tank in its report.

Iran quickly denied these claims saying the allegations would not scuttle an historic deal reach July 14 that both sides hope will finally lay to rest a perennial debate over whether Iran is seeking to develop a nuclear weapon.

“These claims are preposterous and the repetition of the similar unfounded claims that reappear from time to time and have been disproved each time,” said an Iranian government statement.

Tehran insists that the Parchin military complex – which are the subject of the photos – consist of a “very, vast area” and that in the past weeks there had been excavations for road improvements near a dam that provides water for irrigation.

U.S. President Barack Obama administration is defending the nuclear deal with Iran against strong opposition by some U.S. lawmakers and has argued that inspectors should be allowed to do their job before passing judgment on Tehran.

“For more than a decade, the Iranians had gone to great lengths to try to cover it up,” said White House spokesman Josh Earnest of the alleged weapons work at Parchin. “We’re not particularly concerned that, over the course of the next couple of weeks, that they’re going to succeed in covering up something that they haven’t been able to cover up over the last decade.”

The nuclear deal has also run into fierce opposition from Iran’s arch-rival Israel, an undeclared nuclear power in the Middle East that enjoys close relations with congressional members on Capitol Hill.

The U.S. congress is poised to vote in September on whether to endorse the deal.