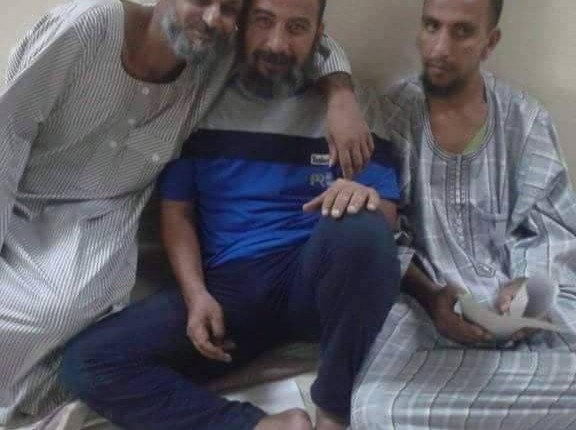 Dozens of Egyptian fishermen detained in Sudan since last April have finally returned home Thursday, following a decision by the Sudanese president to release them Wednesday night.

Only two days ago, the fishermen were scheduled for a trial session on 8 August.

According to Taha El-Sheridy, the head of the Matariya Fishermen’s Association in the Daqahleya governorate, 81 fishermen should arrive Thursday at Cairo International Airport, while 20 others will return via boat, and their trip should take four days starting Thursday.

Both Egyptian and Sudanese diplomacies have promoted the release Thursday as a gesture by President Omar Al-Bashir, who is attending celebrations of the inauguration of the New Suez Canal.

At the same time, Al-Sisi ordered on the same night the release of 44 detained Sudanese for illegally crossing borders. According to the fishermen’s community, the release of their relatives was conditioned by this exchange.

According to the latest updates before their release, the detained Egyptian fishermen were facing charges of taking photos of a military facility in Sudan. There was an ongoing exchange between Egyptian and Sudanese diplomats regarding the issue, amid repeated calls from the fishermen’s community for Egyptian authorities to interfere in their favour.

The predicament arose earlier in April, when three Egyptian boats were seized by Sudanese border authorities, arresting a total of 101 fishermen on board. They had initially been accused of breaching regional waters without permission. In mid-April, six minors among them and a 78-year-old were allowed to leave.

The Egyptian Foreign Ministry’s first reaction was to issue a warning to fishermen to respect international protocols regarding fishing in regional waters. On the other hand, El-Sheridy asserted more than once that the claims were false, and that the fishermen had been purposefully dragged into Sudanese waters, on their way to Eritrea.

At the time, El-Sheridy had accused the Foreign Ministry of compromising the fishermen’s lives to uphold diplomatic relations with the neighbouring state. Sentences against fishermen were issued, including prison terms and fines. In May, 39 fishermen on board the first boat, “Princess Mariam”, were sentenced to a month in prison and a fine of EGP 5,000 each.

El-Sheridy, however, said there was “a plot” against the fishermen. “What happened is that the fishermen were on their way to Eritrea, legitimately using the waterway, when Sudanese coastal authorities attacked them and fired at their boats, dragging them to forbidden water zones then arresting them,” El-Sheridy said.

Several months later, further efforts were undertaken on both authorities’ parts, and the trial was paused for negotiations. However, many promises remained unfulfilled, including an announcement of the fishermen’s actual release two weeks ago.

In June, the fishermen’s relatives demanded, in a press conference, President Abdel Fattah Al-Sisi’s “immediate intervention to do what is needed to release those poor fishermen and get them back home”.

“Pouring more injustice, the Sudanese authorities made up another case against them and currently they are detained on behalf of this case,” a statement from the relatives read.

“What happened [the exchange] proved our claims that charges against our men were fabricated and that all of this was a trap for our fishermen. We knew it and that is why we strongly defended them and escalated the issue,” El-Sheridy told Daily News Egypt Thursday.

Nonetheless, Egyptian fishermen continues to face restrictions in other countries, such as Libya, Tunisia, and previously Yemen, while they struggle to make a living.