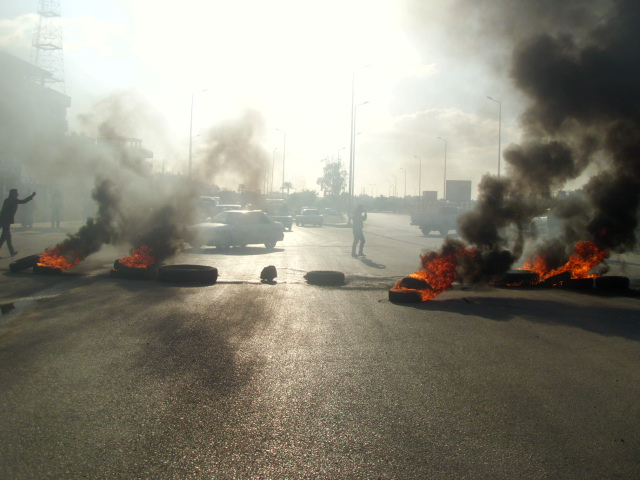 A police officer and a conscript were killed Sunday in an explosion which targeted their vehicle in the North Sinai town of Al-Arish, security officials said.

Another three conscripts were injured and transferred to hospital for treatment, the Ministry of Interior said in a press statement.

The security situation in Sinai, which has been deteriorating for the past two years, is yet to come to an end, despite army officials’ claims they are in control of the situation. Al-Arish, Rafah and Sheikh Zuweid have become conflict zones between militant insurgencies and counter-army operations, resulting in the deaths of civilians, unreported by the Egyptian army, as well as the deaths of security personnel.

However, reports are conflicting, mainly regarding civilian casualties and the identities of those allegedly killed varying between “terrorist members” as claimed by the army, and national “heroes” as claimed by journalists.

The army regularly announces ‘a number of terrorists’ have been eliminated. The latest military operation killed at least 88, they said.

‘State of Sinai’, affiliated with the militant Islamic State group, is fighting against the army. One of tONe heir recently publicised operations was the announcement of a 48-hour deadline before executing a Croatian citizen who was kidnapped from 6th of October City near Cairo.

‘We will not back down,’ says wanted Bedouin Moussa El-Dilh