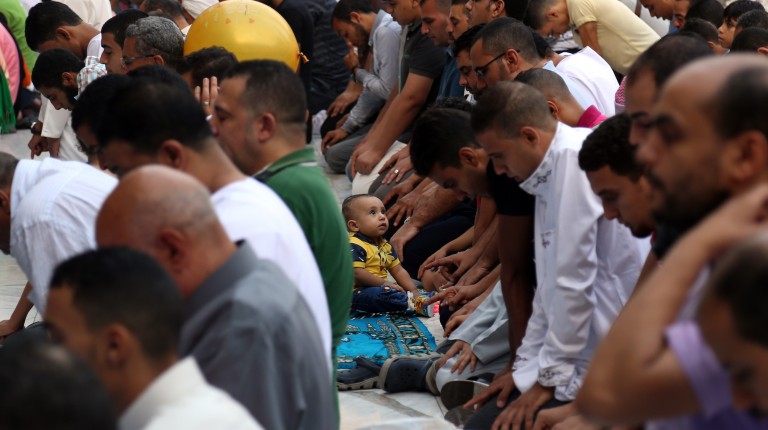 The Ministry of Religious Endowments suspended Saturday a imam in Fayoum, and banned him from giving lessons and preaching in the governorate’s mosques. This was due to “not following the policy of the ministry of not discussing politics in religious sermons”, said ministry deputy Abdel Nasser Atian.

Atian added that the ministry has been emphasising that preachers should not include political discussion or opinions in their teachings and sermons.

Last week, also in Fayoum, the ministry took over three mosques which have been found to have “been controlled by fundamentalist groups”.

In villages and remote areas, where the security presence is less heavy, mosques are meeting points for anti-government protests.

Atian said that the ministry is currently constructing committees to appoint imams and workers in these mosques. The mosques were found to have “unlicenced” religious lessons given by female preachers, and to have posters “which showed their extreme opinions”. One of the mosques was reported to be controlled by the NGO Al-Jamia Al-Shariya.

Al-Jamia Al-Shariya had its funds and assets in 138 local branches confiscated by the Ministry of Justice’s committee entitled to review Muslim Brotherhood assets and funds, to prevent them from being used for political purposes.
Furthermore, the ministry has decided to open disciplinary offices in different governorates to “monitor mosques and investigate complains of the imams”.

In a high profile incident last month, renowned preacher Mohamed Jebril was also suspended after allegedly praying against the “oppressors”.

President Abdel Fattah Al-Sisi has been pushing institutions in charge of religious affairs across the country, as well Al-Azhar and other religious authorities, to renew religious discourse. The state seeks to rid religious rhetoric of extremist ideologies, and promote “moderate” Islamic teachings.

Such measures to tighten control over mosques have been taking place since the ouster of former president Mohamed Morsi in July 2013. Hours after the ouster, religious channels supportive of Morsi were forcibly closed, after being accused of “inciting violence”.

Ever since, the official Islamic institution, Al-Azhar has taken the lead in controlling the religious discourse and supporting the current regime.

The latest step by the Ministry of Religious Endowments to support the regime, which has caused controversy, is the publishing of mandatory guidelines for mosque preachers to follow at the unified Friday sermon, with the topic discussing the “importance of the Suez Canal”. The sermon took place after the inauguration of the new Suez Canal.

The sermon’s text, which has been published on the ministry’s website, related the digging of the canal with the invasions of the Muslim Prophet Muhammed.

The Ministry of Religious Endowments has announced a ban on any cleric affiliated to the outlawed Muslim Brotherhood, or who has been proven to have not followed the unified sermon guidelines for giving sermons or lessons at mosques.