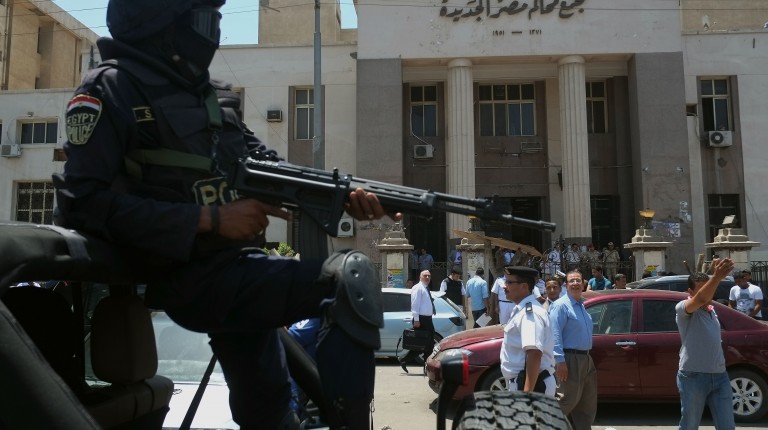 A bomb exploded near the Heliopolis Court on Monday morning, leaving three injured, including security personnel.

Another bomb was detected after bomb squads surveyed the surrounding areas.

The Ministry of Interior announced the names of the injured as Colonel Hisham Al-Azab, Sheriff Ahmed Fekry, and conscript Mostafa Abbas. They were transferred to a nearby hospital for treatment. The ministry also said tapes from cameras in the area will be reviewed to find out who was behind the explosion.

This is not the first bomb explosion of its kind in the vicinity of the Heliopolis Court. In March, one person was injured and two cars were damaged in a bomb explosion in the same area. Another explosive device was also detected afterwards, but was dismantled before it detonated, according to state-run news agency MENA.

Bombings have become a frequent occurrence across Egypt, with a militant insurgency at its peak in North Sinai, and other attacks frequently occurring in Greater Cairo and other governorates.

One of the most high profile of the recent attacks was the assassination of Prosecutor General Hisham Barakat in June, also in Heliopolis. Barakat died on the same day in Nozha Hospital due to injuries sustained in the attack.