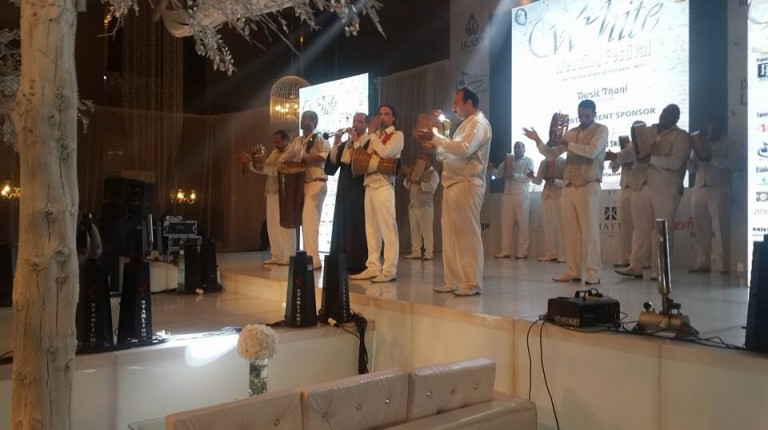 While passing by the Baron Palace, a young local called Amr Eid with a great passion for graphic design stopped to imagine the scenery if the palace over looked a lake instead of a crowded and polluted street. The image looked so good in Eid’s imagination that he hurried home to bring it to reality right away.

The minutes turned into hours, and the hours expanded into days, whilst the 23-year-old Eid, who originally studied petroleum geo-science at Cairo University, sat at his computer redesigning the world according to his dreams. All of a sudden, the concept of borders vanished and his imagination defied history and geography, and the “What If” series was born.

“The project started when I passed by the Baron Palace and thought to myself ‘What if it was in front of a lake?’” Eid said. “I created the first picture then the idea itself received a massive positive feedback that boosted my motives to create more and more.”

With solid support, Eid started rediscovering the world using only Photoshop. With each design, he took his constantly-growing audience on a tour, not just around Egypt, but around the world. The designer, however, did not go on this journey alone, as one of his friends joined the wagon.

“Omar Montasser helped me a lot in the ideas and he also created the project’s logo,” Eid said.

TThe series mixed and matched the world’s most prominent monuments and attractions, putting Cairo University on top of a hill in Tropea Province of Vibo Valentia in Italy, while placing the Louvre Museum among the Giza Pyramids.

According to the artist himself, his desire to rearrange the globe and neglect the world’s map has no definite compass. Instead, he feels inspired by everything around him, including his friends, the audience’s feedback, and posts shared on the internet.

The “What If” series has only been shared through social media, but users’ feedback has turned it into one of the country’s trendiest topics. In a matter of just a few days, the project got shared more than 4,000 times on Facebook alone.

Many users commented on his photoshop skills, saying that the pictures are masterfully implemented in a way that the buildings look beyond real and captivating.

After seeing his work celebrated everywhere and mentioned by several reputable media outlets, he dreams of one specific publication. “I would love to see them in Time  magazine,” declared Eid. Meanwhile, Eid has still not considered taking his project out of the virtual world into an offline exhibition.

He is currently working on the second part of the now famous series, while waiting for his military service.