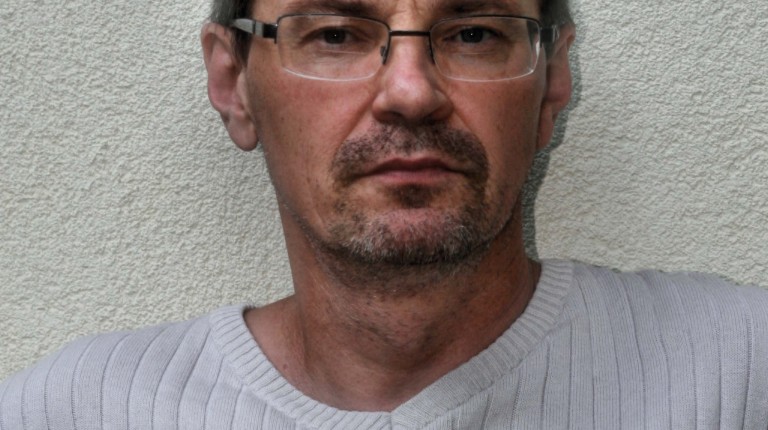 In December 2015, delegates from all countries of the world will meet at the United Nations conference on climate change in Paris. The hope is that the global community will achieve an agreement which would assure future global warming does not exceed 2 °C compared to the pre-industrial era.

Nothing against high level talks. Unfortunately, the Earth´s climate does not seem to be impressed by conferences. It is now 20 years since the first United Nations Climate Change Conference met in Berlin in 1995, and 18 years since the Kyoto Protocol was agreed in 1997, yet climate did not take note. Atmospheric concentration of CO2 – the main greenhouse gas – increased from 360 parts per million (ppm) in 1995, to over 400 today – and the rate of growth actually accelerated.

Figures are abstract, but they are matter of life and death. Those born in the early ‘60s as I was, breathed the air with 320 ppm of CO2. In less than one lifetime its concentration increased by 80 ppm – this is almost the same difference as between the CO2 concentration during the Ice Age and recent eras. Never in the history of the human species was there so much CO2 in the atmosphere. When the Earth´s atmosphere had CO2 concentration comparable to the current 400 ppm – some 3m years ago – the average global temperature was 3°C to 4°C higher than today and sea levels were 5 to 40 metres above current level.

It is sea level raise that captures the imagination of people, and that led the Alliance of Small Island States (AOSIS) – one of the UN Climate Change Conference´ negotiating groups – to demand not to allow higher than 1.5°C global temperature increase. Even if that was possible, with 400 ppm of CO2 already in the air, the political weight of the AOSIS is miniscule to influence the big world players. With 37 United Nations member states, AOSIS represents 20% of all members – but only a tiny fraction of the global population.

No country will be spared from the consequences of climate change, but small islands are not the first ones to be devastated. Serious data point to other groups of countries as being by far the most vulnerable to climate change – the countries of the Middle East and North Africa. Yet, judging from their positions at climate change conferences, it would appear their leaders are largely ignorant of the key risk to their countries´ future. One would expect Algeria, Egypt, Jordan, Iraq, Kuwait, Saudi Arabia, Syria and other arid countries to put all their weight behind the proposals of the AOSIS group. But the reality is different.

Instead they negotiate alongside much less climate-conscious countries such as China, India, Indonesia, Pakistan, Bangladesh, in a group called the Like Minded Group of Developing Countries.

Why is the Arab world the most vulnerable to global warming? For a whole complex of serious reasons: it is already now extremely arid and mostly desert, and heavily dependent on importing food to sustain its fast growing population. According to the UN Food and Agriculture Organization, all Arab countries – from Morocco in the west to Oman in the east -had to import more than half the food calories needed to feed their people already before 2010. Since then, the situation has got worse: the most extreme seems to be Yemen, whose 26 million people are already 90% dependent on imported food.

Climate change-induced droughts will make the situation much worse. The nutrition and survival of 400 million Arab people are fully dependent on food – and wheat in particular – imported from the US, Canada, EU, the Ukraine, Russia, Argentina, Australia and a handful of other moderate climate zone countries.

All of them are already exposed to the effects of climate change, and will be even more so. When an unprecedented heat-wave hit western Russia and destroyed one third of Russian harvest in 2010, global food prices moved up by 40% within the next seven months, triggering what went down in history as the “Arab Spring”. When a similar event – or, even worse, a long term drought – sets over the US, the most significant wheat and corn exporter in the world, a rise in global food prices will be even worse. In the worst case, a bad harvest in the US (or Canada or Europe) will trigger a famine in a large part of the Arab world.

There is no guarantee at all, that even a radical and fast reduction in greenhouse gas emissions may stop further warming of our planet. Science does not have solid answers, and models suggesting that a +2°C increase is still possible may be overly optimistic. We may well be already committed – and some say we actually already are – to a much higher rise in global temperatures than we want to consider: temperatures similar to those in Pliocene, 3m years ago. Science does not have answers, for instance, on how strong some of the consequences reinforcing warming will be, such as the disappearance of ice and snow in the Arctic, releasing unknown quanta of methane from melting permafrost or extensive wildfires in Alaska, Amazonia, Canada, Siberia or other regions of the world. These consequences are out of human control.

What I said above is not an argument for giving up serious and quick cuts in the emissions of greenhouse gases, but the upcoming UN climate change conference in Paris may well be our last chance. Arab countries can, and should, contribute much more to such effort. They can do it on a diplomatic field by joining progressive negotiation groups such as the AOSIS and demanding much more radical global action than currently considered. And they can also significantly reduce their own emissions. After all Qatar, the UAE, Kuwait and Saudi Arabia are all in the group of 20 largest per capita emitters of greenhouse gases.

At the same time, Arabian Aquifer System, on which the remaining food production of Gulf countries depends, is already the most overstressed in the world and their capacity to produce food is shrinking fast. Arab world leaders may feel that as long as they have oil, they are safe. It is an illusion. The story of 26 million Yemenis already teetering on the brink of famine today should warn them all.

Juraj Mesík is a former specialist with the World Bank, he lectures about global challenges at Comenius and Palacky Universities

10 things we learned on our low-carbon road trip

‘National Council on Climate Change’ to be formed

A global agenda for seven billion