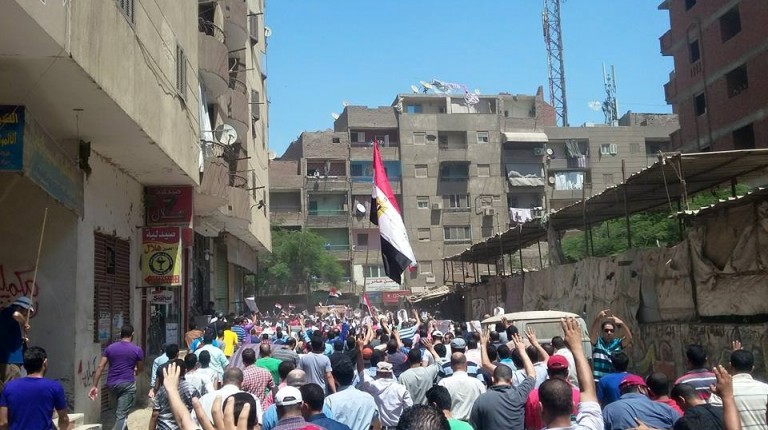 The now dissolved political arm of the Muslim Brotherhood, the Freedom and Justice Party (FJP), posted photos of protests in some areas of Alexandria, Giza and Cairo on its official Facebook page.

A representative from the Interior Ministry Press Office told Daily News Egypt that there were small gatherings in Talbiya and Matariya in  Greater Cairo on Friday morning.

Friday marked the second anniversary of the Rabaa Al-Adaweya and Al-Nahda Square sit-in dispersals, which occurred on 14 August 2013.

The forceful dispersal of the sit-ins came following the ouster of former president Mohamed Morsi in July 2013, and was condemned by rights groups in Egypt and abroad.

Since then, the government has launched a nationwide crackdown on leading Muslim Brotherhood figures and their supporters.

The FJP was the political wing of the Muslim Brotherhood and was dissolved in August 2014.