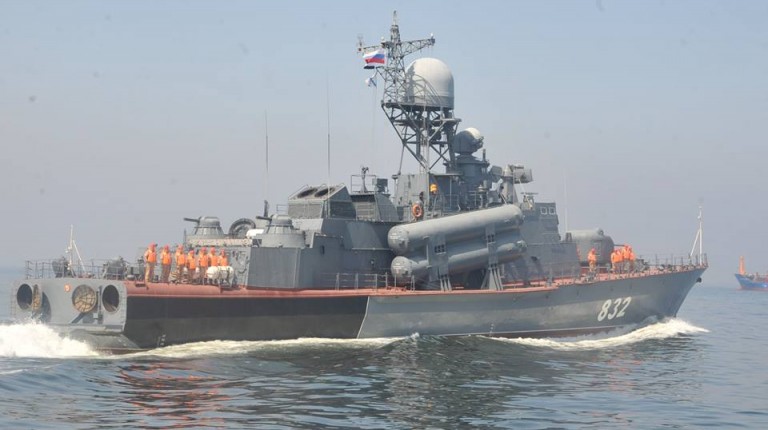 The Egyptian army was gifted Saturday a Molniya missile corvette by the Russian government as part of military cooperation between the two countries.

“This move comes as continuation of the Russian supporting stance towards Egypt in the recent period, and to the uniformity of vision between the political leadership of both countries regarding the war on terrorism and supporting efforts of security and stability in the Middle East,” a statement from the army read.

The missile attack boat took part in the inauguration of the New Suez Canal project on 6 August.

The Molnyia P-32 is one of the most modern of Russian naval warpieces. It is armed with four Moskit missiles, and is designed to destroy surface ships.

In June, the Russian and Egypt Navies conducted joint drills in the Mediterranean Sea. The operation, dubbed ‘Friendship Bridge – 2015′, was described as “an important step towards the strengthening of the mutual understanding” between the two navies.