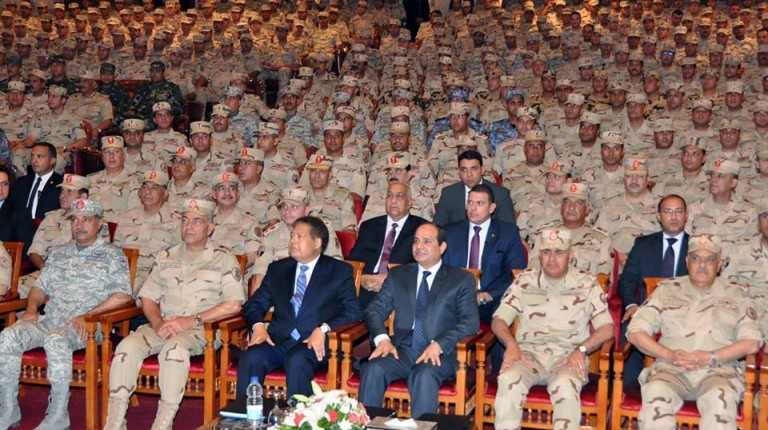 President Abdel Fattah Al-Sisi gave a speech Sunday addressing a number of local issues, in a meeting with army forces and public figures.

Al-Sisi spoke about the situation in Sinai, reaffirming the army’s role in combating the current insurgency, and announcing that the armed forces will take a leading role in building new cities in North Sinai.

A surge in militancy in North Sinai has been seen since the ouster of former president Mohamed Morsi in July 2013. “State of Sinai”, formally known as Ansar Beit Al-Maqdis, claimed responsibility for almost all the attacks taking place in the area.

The president also spoke about the much-awaited third pillar of the 2013 roadmap; the parliamentary elections. He affirmed that the elections will take place before the end of the current year. He also ordered the country’s security forces to protect the voters and the whole election process.

Further, he addressed the public, saying that the government is planning to reform the administrative apparatus, without affecting employees’ financial interests.

He added that the recent New Suez Canal opening was something “its builders can be proud of”.