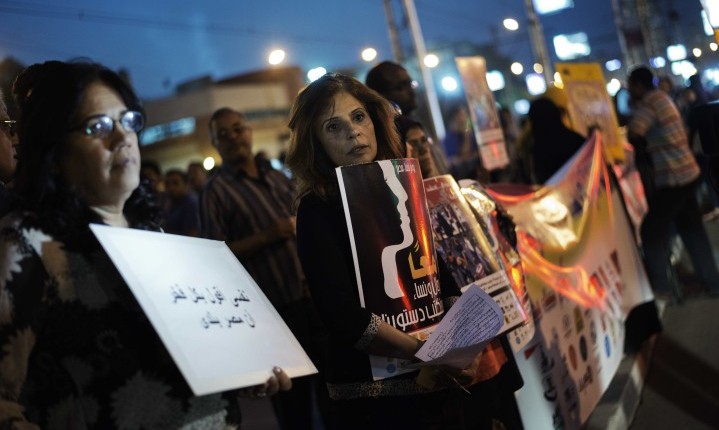 The programme, in partnership with UN Women, aims at raising awareness and encouraging women to participate in political life, whether by presenting themselves as candidates or by voting. The programme targets 1,000 potential female candidates and should divide them into small community circles, to be able to provide them with needed assistance.

Minister of Social Solidarity Ghada Wali participated in the conference, and noted: “We must remember that Egypt failed to achieve millennium goals in women empowerment, and that the issue has become pressing despite the unstable situations of Middle East and Arab countries.”

“Egypt ranks 131 out of 142 in terms of women’s freedom and empowerment, which is catastrophic,” Wali said. “Women’s voices must be heard during the making of the legislations, and that will only come through their political participation.”

Parliamentary elections are soon to be announced, and President Abdel Fattah Al-Sisi will appoint 27 of its members, promising that half of those will be women, according to the state-affiliated National Council for Women (NCW).

“Parliamentary laws have secured a minimum number of seats for women, which is 70, according to the legal representation of women in electoral lists. Moreover, nearly 20,000 women are to assume leading positions in local municipalities,” Minister of Youth Khaled Abdel Aziz said in a Sunday press conference held by ECWR.

According to Article 180 of the Constitution, every local unit shall elect a local council by direct secret ballot for a four-year term, and 25% of the seats should be allocated to women. The total number of available seats is 54,000.

According to research prepared by ECWR’s head Nehad Abol Komsan, more female presence in leading governmental positions will lead to less corruption, because “women are less eager to take risks and adhere more to ethical standards”.

Moreover, other effects would be that women’s presence should not only reflect well on women issues, but also on children’s and family issues. On the other hand, their exclusion costs the state financial losses because women represent at least 40% of the labour force around the world.