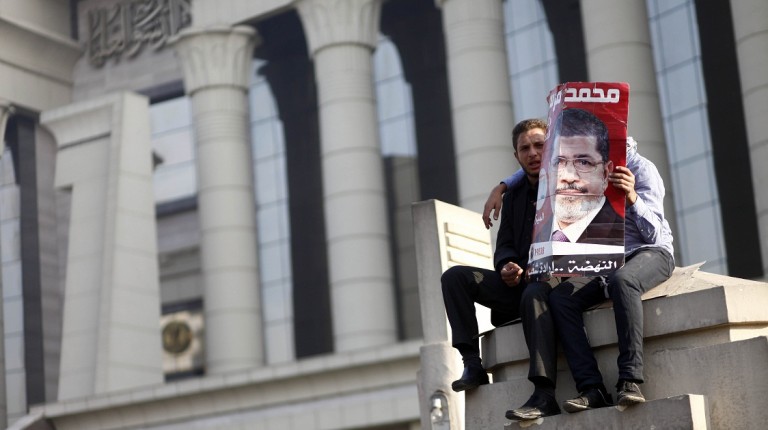 The Higher Disciplinary Council for judges postponed to 19 October the consideration of appeals submitted by 55 judges to cancel a decision that forced them into retirement.

The court had forced the judges into retirement on 14 March for allegedly supporting former Islamist president Mohamed Morsi and the Muslim Brotherhood. The judges were accused of participating in politics and supporting a certain political faction over the state.

There were 71 judges involved in the case; among them 41 were dismissed.

Fifty-five of the judges are charged with signing a statement of support for former president Mohamed Morsi and the now outlawed Muslim Brotherhood, in protest of the military takeover on 3 July 2013.

Another 15 are charged with belonging to a group called “Judges for Egypt”. Three members of the group read the statement in Rabaa Al-Adaweya Square five days after the military-led ouster of Morsi.

Investigations revealed that the judges signed and then read the statement. They argued in the statement that “what happened on 3 July [2013] is a military coup and we demand that the Egyptian people support the constitutional legitimacy”.

The Rabaa Al-Adaweya sit-in was violently dispersed on 14 August 2013 by police and army forces after blocking all entrances to the square and firing teargas, birdshots, and live rounds.

Footage by pro-army and pro-police channels, in opposition to amateur footage from journalists and protestors, showed contradictory aspects of the events on that day. Human Rights Watch (HRW) had reported the confirmed deaths of 817 protestors in Rabaa Al-Adaweya.

The Muslim Brotherhood, along with its political arm the Freedom and Justice Party, has been outlawed by Egyptian courts following the ouster of Morsi.

The law to regulate judicial authorities stipulates that any judge who is referred to a disciplinary committee must stand trial, with the possibility of suspension from judicial duties.