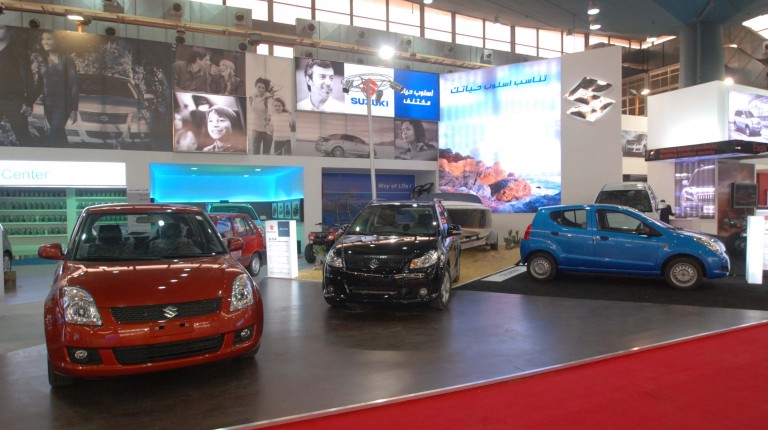 A large number of agents and distributors agreed that sales in the Egyptian automotive market have been paralysed; however, there has been disagreement regarding whether the distributors’ estimates for their annual needs have exacerbated the crisis.

El-Masria for Cars’ Chairman Mohamed Ahmed Rayan told Daily News Egypt that the automotive market is suffering from a car shortage, which has led to an increase in reservation lists and delivery periods for some cars. This is due to the lack of availability of the US dollar through letters of credit provided by banks.

There is a high demand for cars, while the supply is facing a shortage. Rayan said, adding that some agents have recovered from the dollar crisis that faced some of their brands, such as Chevrolet, Ghabbour Auto, Renault and Nissan. Other brands, however, are still facing reservation periods.

Rayan said that the two reasons behind the shortage of cars in the Egyptian market are the difficulty of opening letters of credit with the banks, as well as the agents’ incorrect estimations for their car needs over the year.

The passenger car market managed to sell over 100,000 cars over the first half of this yearm, he said. This amount is estimated after adding the sales of Gulf cars, which amounted to 5,000 cars, in addition to 95,000 passenger cars sold, as announced by the Automotive Marketing Information Council (AMIC).

In the same context, Elsaba automotive Chairman, Alaa Elsaba, told Daily News Egypt that the automotive sales market is impacted by the shortage of cars, while clients’ demands are increasing.

He said that some commercial brands have long reservation lists for cars, and their delivery periods are increasing. These include: Mercedes, Jeep Cherokee and Nissan Qashqai, Volkswagen, in addition to Renault and Kia Sportage.

The automotive sector is currently not accounted for by the Central Bank of Egypt (CBE), he added with regards to opening letters of credit. He said that the Chamber of Commerce met with CBE officials to resolve this crisis; however, there has been no response in the meantime. Elsaba expects that this crisis will continue indefintiely.

The problem of obtaining letters of credit has affected car prices, noting that they have increased by a rate ranging from 2.5% to 4%, according to Elsaba.

He added that the car market managed to sell approximately 25,000 vehicles last July.  He expects that sales in the passenger car market will remain stable, achieving sales of some 19,000 cars. He concluded that if the current sales situation continues, sales over 2015 will be 10% lower than the sales achieved over the past year.

Kia Sales Director at Egyptian International Motors (EIM) Amgad Elfiky told Daily News Egypt that the automotive sales market now falls outside expectations, indicating that the car market saw a 25% jump in sales during the first quarter of this year. This increase was followed by a sharp decline in the second quarter.

Elfiky explained that dealers and distributors suffer from a sudden suspension of capital, noting that some brands are experiencing longer delivery periods. He added that some of Kia’s models have delivery periods of three to four months.

He attributed the long delivery period to the monetary policy and the opening of commercial letters of credit, as well as delays in the supply of cars from EIM, which is due to the company’s manufacturing cycle.

The reservation periods is the time between the client’s request from the parent company and the beginning of the manufacturing cycle, which takes approximately two months, in addition to 28 days, which is the time needed for transporting the cars from South Korea to Egypt by sea. Elfiky said that four more days are required for customs clearance of cars.

He explained that reservation long periods for Kia cars are caused by the distributors and not the local agent. He elaborated, saying that the company assigns a specific number of vehicles for each distributor regardless of their request, which causes longer reservation periods.

Head of the Automotive Division at the Chamber of Commerce in Giza Omar Balbaa said that the latest rise in the dollar exchange rate had a clear impact on car prices in the local market, and that the CBE’s decision of capping dollar deposits has compounded the suffering of local agents.

Balbaa explained that there is an increase in car prices by EGP 3,000 to EGP 5,000 for medium-capacity cars, and EGP 12,000 higher cylinder vehicles.

He added that car stock is low, which magnified the effect of local agents and distributors, along with higher taxes.

Balbaa said the low supply available to distributors by local agents, and the increasing demand widened the price gap between the old and new prices, thus, exacerbating the crisis.

The automotive market’s performance declined during the second quarter of 2015, where in June, the third consecutive decline of automotive deals was reported. In April, a decline of 3% was recorded for the first time, followed by an even sharper 14% decline in May, compared to the same periods of last year.