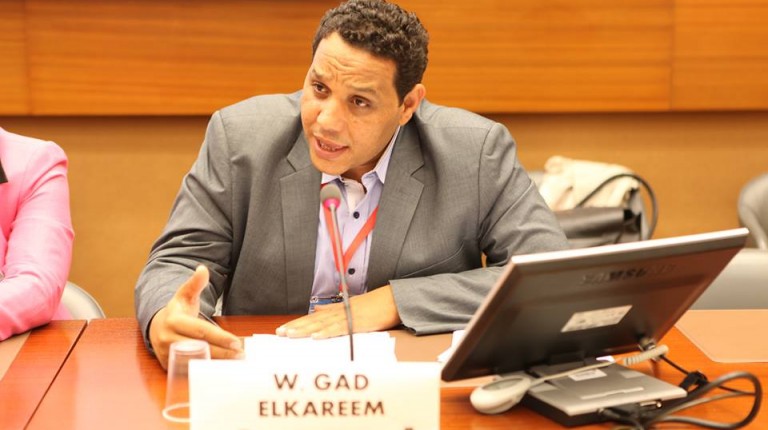 More than four and a half years after the 25 January Revolution, the gap between its first dreams and what can be achieved now appears wide. Between the echoes of the slogans raised on 25 January 2011, the rebels’ imagination penned high hopes to live in a democratic country that can accommodate everybody.

A country where laws of the constitution prevail. A country that respects public rights and freedoms. A country with no tolerance for corruption, and a provider of economic and social development to its citizens.

For many overlapping reasons, achieving these dreams, in one package, seems arduous. The political will is absent. The political organisations are weak and divided, and the state of community polarisation is at its highest. Terrorism does not leave a chance for an alternative, and the economic situation is in a degenerate state.

Based on this data, it will not be feasible to stick with the “all or none” rule. It could be more useful is to stick to the famous Arab wisdom: “What cannot be completely attained, should not be completely left”. The reform path and gradual function changes are the appropriate alternative, now that the elements of the revolutionary path have evaporated and the capability for structural change has vanished.

Under this situation, it is wise to search for the right starting point. A point at which the minimum demands of the reformist forces meet the maximum of what can be provided by the governing authority for the owners of these demands. Maybe the cause of fighting against corruption is a good and inspiring starting point in the current Egyptian state.

The spread of corruption was a key factor that prompted the Egyptian revolution in January 2011. Corruption is directly responsible for many of the violations of human rights, whether civil, political, or economic and social, as well as the legacy of the Mubarak regime’s reign corruption in disrupting economic development, in addition to the low-quality public services and the absence of justice in the distribution of the of economic growth yield.

Sufficient evidence is available at this time that corruption has not seen a retreat from the prevailing rates pre-January 2011. Perhaps, there have been some morphological changes in the nature of the phenomenon, and in the official political discourse about it. However, none of the radical legislative reforms have been implemented yet. The presidential political rhetoric that seems intolerant towards corruption, has not yet been interpreted into public policies designed to siege the phenomenon. There is still a wide gap between the president’s continuing claims in this matter, and the performance of its executive organ, and his government.

According to international reports, realistic evidence and civil society organisations’ findings, Egypt is still in a very delayed position regarding fairness and transparency. The limited procedures taken by the state do not lead by any means to destabilising the corrupt system, spread among the state’s entities and administrative divisions. It seems that they will not achieve any notable improvement soon.

Despite this, the entire situation is not that dark – there are still favourable things we can build upon. For example, the Central Auditing Organisation (CAO) has been active over the past months in following up on the cases of corruption and squandering of public money. Tens of officials were handed to the investigative authority. Evidence and talks among the circles close to the presidency show that the CAO is supported by President [Abdel Fattah Al-Sisi], and has been firmly ordered by him to move in all directions in order to unveil corruption.

Further, the current constitutional situation of the entities that fight corruption gives them a wide range of independence regarding their duties and actions. Even the last controversial presidential decision, which gave the President the right to dismiss the heads of these authorities, has no importance under the umbrella of an elected parliament, which alone has the power to appoint the heads of these authorities.

The effective partisan, political and community forces, reform advocators and revolutionary supporters in Egypt are not asked to stop dreaming, they are only asked to be more patient, persistent and realistic to make their dreams come true. They have the chance to form a harmonious, pressuring and demanding movement to achieve the first real victory in the war for reform, as a step towards more reforms in order to narrow the gap between the revolution’s dreams and the reality at hand.

The Egyptian opposition and the illusion of the ‘unknown’ revolution