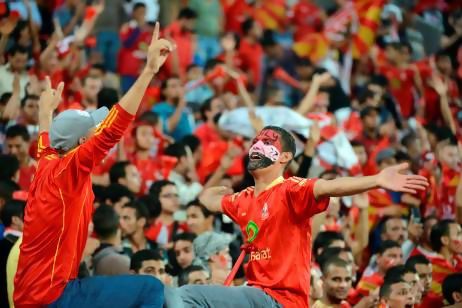 Egypt’s prominent football club Al-Ahly decided to boycott the Egyptian Football Association and all local competitions, in protest to the association’s decision to suspend player Ahmed El-Sheikh, on accusations of signing for more than one team.

Al-Ahly said in a Tuesday statement that it would proceed to take all necessary legal actions against the association to “defend the club’s rights”. The club’s board of directors refused the four-month ban and the 330,000 EGP fine on El-Sheikh.

Al-Ahly threatened to boycott local competitions before. Last month tensions over the location of the domestic football league’s most anticipated match of the season, between Cairo giants Al-Ahly and Al-Zamalek, required a top state authority’s intervention to reach a solution.