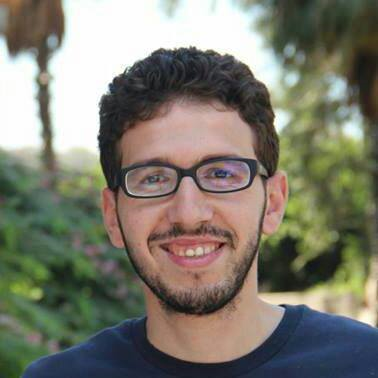 A lawyer has reportedly been forcibly disappeared after he was arrested at his house in the city of Belbees in Sharqeya on Tuesday.

Lawyer Abdel Aziz Youssef’s family claimed they were not informed of his whereabouts or why he was taken.

Youssef’s brother told Daily News Egypt that, at around 3 am, security forces knocked on their door asking for Abdel Aziz. He said the police did not use force or search the house. When the family asked why Abdel Aziz was wanted, the police replied: “He knows what he did.”

So far, information on Abdel Aziz Youssef’s location is still lacking. His brother claimed they filed a complaint at the Prosecutor General’s office, and they are also waiting for a decision by the Lawyers’ Syndicate.

Other lawyers also attempted to follow up on the situation and informed the family that Youssef will probably be questioned by prosecution authorities Wednesday, and that he is allegedly facing protest charges.

Indeed, a security raid took place the same night, according to a press release by the Ministry of Interior, which named seven arrested people. The statement said that National Security’s information pointed to the formation of two ‘terrorist cells’, in Sharqeya and in 10th of Ramadan City.

“The suspects own stores of explosives, and were preparing attacks on police and military forces and facilities, during the anniversary of the pro-Muslim Brotherhood sit-ins in 2013,” the Interior Ministry added.

On the other hand, Youssef’s brother said nine people were arrested, including the lawyer. But based on his account, it is also not the first time the lawyer was confronted by security forces.

Abdel Aziz Youssef, a single 28-year-old, is a in human rights lawyer. He spends his days working at his office, on cases pertaining to political detainees. According to his brother, “he does not have a particular political affiliation, but since he graduated he has chosen the path of defending political and human rights”.

Furthermore, the brother said that a few days earlier, authorities revealed the detention location of a political detainee whom Youssef was defending, apparently against torture practices by a prosecution official.

More than 50 Egyptian lawyers signed a petition Tuesday in solidarity with Youssef, as his case contributes to lawyers’ frustration regarding the “Interior Ministry’s and security state’s attempts to terrorise us”. The statement added that “kidnapping, assaulting and torturing to death are police practices that we cannot overlook anymore”.

A series of police assaults on lawyers, ranging from verbal assaults, to physical injury and killing, have been ongoing since the ouster of former president Mohamed Morsi. Since the death of torture victim Kareem Hamdy, controversy erupted among the lawyers’ community.

After several repeated attacks, head of the Lawyers’ Syndicate Sameh Ashour aggressively announced a one-day general strike last June. A policeman received a minimal punishment of three months in prison for hitting a lawyer inside the police station, and later, President Abdel Fattah Al-Sisi publicly apologised to lawyers for the Interior Ministry’s mistakes.

Nonetheless, violations increased, both in number and intensity. In mid-July, a policeman who was charged with the attempted murder of a lawyer was released pending investigations, after spending two nights in detention.

The latest incidents include a Minya court sentencing lawyers to life in prison over charges of ‘insulting the judiciary’, sparking a new crisis between lawyers and judges.

Rights’ lawyer Halim Henesh expressed discontent with the syndicate’s responsibility to preserve their rights. “I and others are trying to create pressure groups to demand more action from the syndicate,” he told Daily News Egypt Tuesday.

“Lawyers are abused and this is not the first violation,” Henesh added. This comes as fellow lawyer Mokhtar Mounir reported Wednesday morning the absence of any syndicate representation in Youssef’s questioning.

Death in police custody: The case of Kareem Hamdy