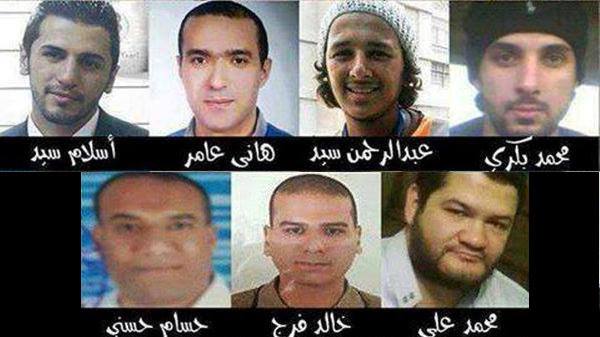 The self-proclaimed “lslamic State” group (IS) claimed responsibility for an attack on the National Security headquarters in Shubra Al-Kheima, Qaliubiya. At least 29 people were injured in a car bomb at around 2am on Thursday, officials said.

According to the statement attributed to IS, the attack was “to avenge six young men who were executed last March, after being charged of forming a terrorist cell in Qaliubiya named ‘Arab Sharkas’”. Their death by hanging sparked controversy, especially among rights organisations such as Human Rights Watch.

According to the Health Ministry, most injuries are minor. Six policemen were also among the injured. The Ministry of Interior (MOI) said that a car bomb went off after suddenly parking in front of the building. Its driver was apparently able to get out before the explosion, and escaped using a motorcycle that was following the car.

The National Security building, a vital security facility, was damaged on the outside, as well as several surrounding buildings. Nonetheless, the Qaliubiya governor said the media was “exaggerating the incidents”. In TV statements Thursday, Governor Mohamed Abdel Zaher said: “There was no need to spread a message of fear, especially to foreigners. I do not know why cameras are not showing how citizens are normally living their day in Qaliubiya.”

Statements by local residents of the governorate, interviewed by OnTV channel, contradicted the governor’s claims, saying they were “terrified”. One man said that since the explosion, people were unable to sleep, and did not go to work Thursday.

Meanwhile, the Qaliubiya Security Directorate closed entrances and exits to and from Cairo in their quest to capture the perpetrators. Qaliubiya is adjacent to the capital city and is part of the Greater Cairo area, which also includes the governorate of Giza.