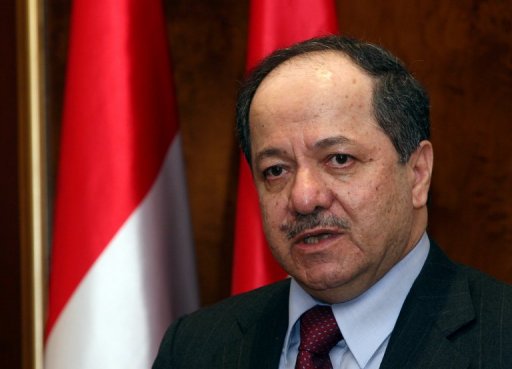 The Iraqi Kurdistan dilemma: President Barzani’s term has ended, “Islamic State” jihadists are at the region’s doorstep; Turkey and the PKK are at war. Simple solutions are not in sight.
If the number of migrants in the Autonomous Region Kurdistan in northern Iraq is any measure, the area must be the most attractive province in the entire country.

About 1.5 million internally displaced people, most of them Sunni, have sought refuge and safety there over the past years. There is no end in sight to the surge of migrants – quite to the contrary. After “Islamic State” (IS) militia captured the city of Mossul a year ago, there was a significant rise in people heading for the area, which is home to about 5.3 million Kurds.

The burden on the region is considerable. Currently, about 30,000 Iraqi Arabs live in Shaqlawa, a city about 50 kilometers south of the province’s capital Erbil, in addition to the previous population of 25,000.

“Imperceptibly, Kurdistan’s demographic map is changing,” said Ahmed Anwar Tahir, a member of the city council in Sulaimaniya. It’s an issue that needs to be addressed quickly, he told the Kurdish Rudaw media network. “Many Arabs are now seeking permanent residence here.”

Concern about its Kurdish identity is but one of the worries the region currently faces. The influx of refugees could change Iraqi Kurdistan just as much as the debate about its basic political principles. The coming weeks will show where the region is headed when the Kurdish regional government votes on whether to extend President Massud Barsani’s term.

After two regular four-year terms, parliament in 2013 confirmed Barzani for another two years in office, a term that has now come to an end.

Whether Barzani should stay in office is an important question because indirectly, it affects the Kurdish fight against the IS. The Peshmerga fighters, supported and armed, among others, by Germany, are by no means politically united. They belong to the various parties now debating another term for Barzani. Kurdish parliamentary legislation – there is no constitution yet – actually rules out extending the presidency after two terms.

There is also concern that the political debate could affect the military situation.

Difficult relationship with the PKK

The debate comes at an inconvenient time, as Barzani is currently trying to persuade the Kurdistan Workers Party (PKK) fighters to withdraw from the region. The PKK fighters, originally from Turkey, have had a major part in the successful military operations against the IS. But for weeks now, Ankara has not only turned on the jihadists, but the PKK as well, and Turkish attacks have spread to Iraqi territory.

Barzani is under pressure because he is worried that Iraqi Kurds could also be drawn into the conflict. They are sympathetic to the PKK fighters, and should they join the fray side by side with the PKK, Turkey might just move on the Iraqi Kurds as well. As a consequence, the Iraqi Kurdistan region would face a war on two fronts – and that is something it cannot afford.

11 troops killed in suicide blast at Iraq army base

A time for moderates?