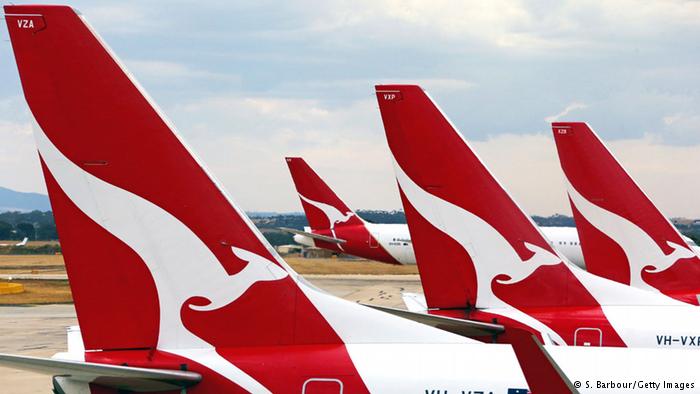 Australian airline Qantas has reported a healthy profit one year after having posted huge losses. It also announced it will take delivery of eight Boeing 787 Dreamliner aircraft. Qantas posted an Aus$557m (US$409m) annual net profit in the year ending 30 June.

It is a strong recovery in the space of 12 months from an Aus$2.84bn net loss in the previous corresponding period.

Chief executive Alan Joyce said it was: “One of the biggest turnarounds in Australian corporate history.”

“This transformation has been all about getting our foundations right. Being smarter with our costs; faster with our decisions; more productive with our assets. And on these stronger foundations, we can build a much stronger Qantas,” he said.

Qantas said its cost-cutting programme had helped save Aus$894m over the year and allowed it to reduce its debt. Lower fuel prices also helped the bottom line with every segment making healthy profits.

No dividend was declared but the airline announced a one-off 23 cents per share capital return to shareholders, amounting to Aus$505m.

The return to profit appeared to vindicate Joyce’s strategy to cut Aus$2.0bn in costs, cut routes, freeze growth at Asian offshoot Jetstar, and get rid of 5,000 jobs to help counter a price war with domestic rival Virgin Australia.

“The logic from the beginning was to front-end the tough decisions so the group could reshape its operations as rapidly as possible for long-term, sustainable growth in earnings and shareholder value,” said Joyce.

Joyce added that the purchase of eight new Boeing 787 Dreamliners highlighted the scale of the airline’s turnaround and signaled a new phase of growth.

“We are halfway through the biggest and fastest transformation in our history,” he said. “Without that transformation, we would not be reporting this strong profit, recommencing shareholder returns, or announcing our ultra-efficient Dreamliner fleet.”

The company’s shares, which have rallied strongly over the past 12 months, were 2.93% higher at Aus$3.87 in morning trade.