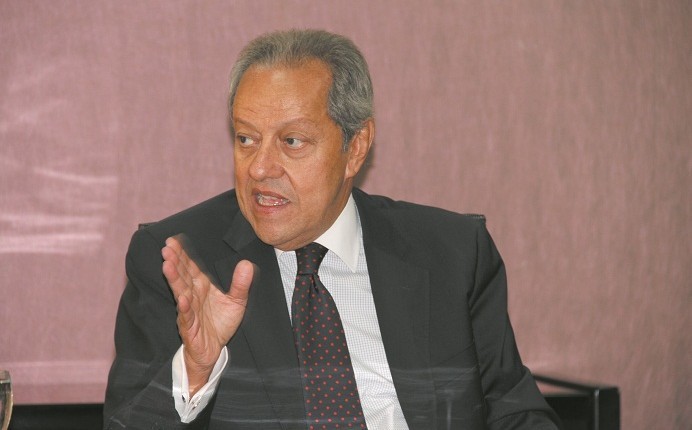 Cairo will host a high level meeting of the Eurasian Economic Commission (EEC) from 14 to 17 September, said Minister of Foreign Trade and Industry, Mounir Fakhry Abdel Nour on Saturday.

The meeting will discuss the feasibility study conducted by both sides on the establishment of a free trade zone between Egypt and the Eurasian Economic Union (EEU) states, which are Russia, Belarus, Kazakhstan, Armenia and Kyrgyzstan.

The meetings represent the start of setting a framework for negotiations’ over the free trade zone agreement between both sides, Abdel Nour said.

He added that the Egyptian delegation attending the meetings will include all the concerned ministries and organisations, besides the Minstry of Foreign Trade and Industry.

The minister said that he held a discussion session with the EEC’s Chairman, Khristenko Victor Borisovich, at the International Economic Forum in Saint Petersburg, in June. Both parties agreed upon the significance of accelerating preliminary meetings to reach a framework for further negotiations.

The agreement represents a “quantum leap”, according to the minister, in the economic and trade relations between Egypt and EEU states. It will open a huge market for Egyptian exports besides creating opportunities to establish joint investment projects.

Egypt targets to reach an integrated agreement covering the trade and investment systems in Egypt and EEU states guaranteeing a balance in both sides’ interests, said Abdel Nour.

The idea of cooperating with EEU states emerged in December 2014, when Abdel Nour announced during the opening of the annual Egypt Automotive Summit, that the ministry had entered negotiations with the Eurasian Union to sign a free trade agreement.

The agreement would open up the market to as many as 400 million consumers with considerable purchasing power, he added.