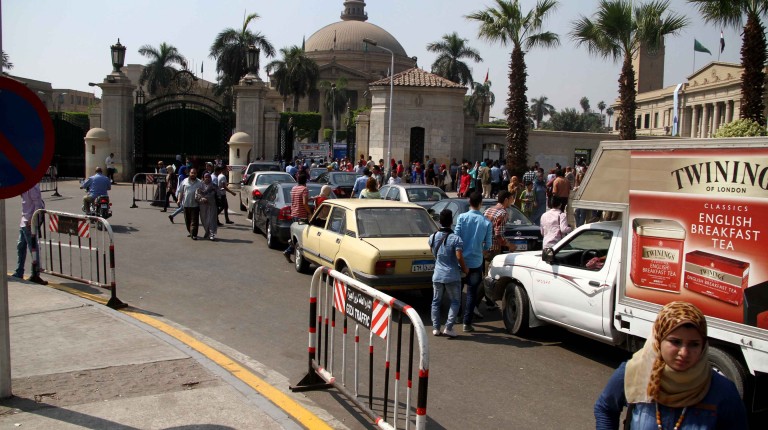 The Ministry of Higher Education debunked reports on a new decision allegedly allowing only residents of certain cities admission to Cairo University’s Faculties of Mass Communications and Political Science, the ministry confirmed to Daily News Egypt.

“Generally, the Supreme Council of Education is the only mandated authority to issue such decisions, not the ministry. However, the minister denied such claims,” an employee in the minister’s office told Daily News Egypt.

Reports suggested that this decision could be based on security reports from the previous academic year. These stated that the majority of students involved in riots inside the university campus were living in the university’s dorms, which are for students from other cities.

Located in Giza, Cairo University is the largest public education facility in Egypt with nearly 300,000 students enrolled every academic year. Students flock to the university from outside Cairo to join the Mass Communications and Political Science programmes, in particular.

In the wake of the political turmoil Egypt witnessed after the ouster of the Muslim Brotherhood regime in 2013, several student protests took place on a regular basis. Security forces stormed the campus several times in order to disperse the protests. Many students have been injured by tear gas in the dispersals, while several others were killed.