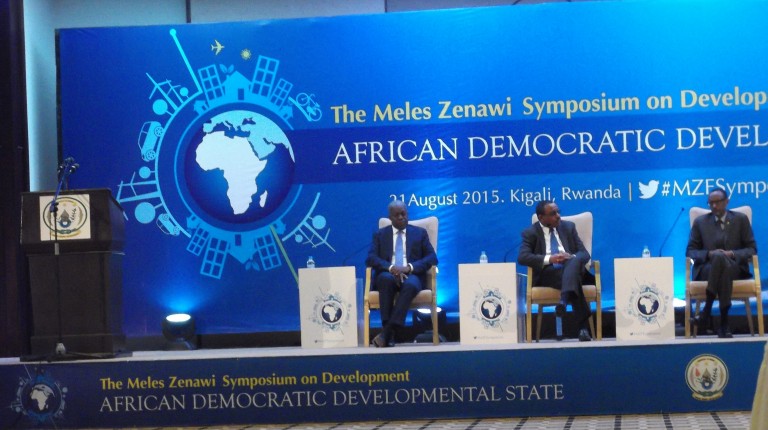 Finance is one of the development problems facing African countries, which can make use of Egypt’s experience in this field, Kwesi Amissah-Arthur, Ghana’s Vice President, said.

Amissah-Arthur said Egypt has achieved one of its mega projects, the New Suez Canal, through self-financing, and Ethiopia did the same. It was supposed to happen in other African countries as well to overcome the issue of finding finances for development, he said.

Amissah-Arthur added that the conditions some international financial institutions are facing are very difficult, and these sometimes interfere in country polices. African countries can, however, finance their own projects, especially the most needed of the infrastructure projects.

“Africa faces a lot of issues and problems preventing the achievement of democracy and development such as corruption, centralisation and financing of political parties and some opposition,” said Amissah-Arthur. “Integration is the solution to achieve development in Africa, such as in the East Africa Community (EAC) and the Economic Community of West African States (ECOWAS) and other blocs.”

Desalegn added that Ethiopia is negotiating with the African Development Bank (AfDB) to restore loans from the bank to finance some projects. He noted that Ethiopia receives bilateral assistance grants from China, India and other countries, besides borrowing money from some other international financial institutions for infrastructure, like the World Bank.

Meanwhile, Rwanda’s President, Paul Kagame, said African countries suffer from a lack of infrastructure projects, which is due not only to the lack of funding, but also preventing people from moving easily.

Kagame added that the process of getting funds is time-consuming, as the decisions to allow for additional borrowing from financial institution policy makers takes much time.

For his part, Donald Kaberuka, President of the African Development Bank (AFDB), stated that, even with the continent recording economic growth, it is not beneficial to all.

“Despite the economic growth in Africa, this has not translated into shared prosperity and better livelihoods for the majority,” Kaberuka said. “Growth has to be inclusive to be socially and politically sustainable.”

Kaberuka added that the economies of Rwanda, Mauritius, and Ethiopia, which are based on investment, domestic demand and sound policies, are achieving sustainable growth. He also noted that there are many agreements between African countries to develop trade and economies, but they have not been ratified.

The symposium was held in partnership between the Meles Zenawi Foundation (MZF), the AfDB, and the Government of Rwanda. It aims for intense deliberations and deep analyses of development issues geared towards policy change.

The symposium is inspired by late Ethiopian prime minister Meles Zenawi’s commitment to the state’s prominent role in building robust accountable institutions and facilitating rapid sustainable development. The symposium aims to foster rigorous intellectual debate on issues related to development, and the outcomes will be addressed to the African Union to be included in the development strategy agenda for 2063.

As it plans its own future, Africa engages with the world

AFDB to increase lending programme to Egypt in 2015