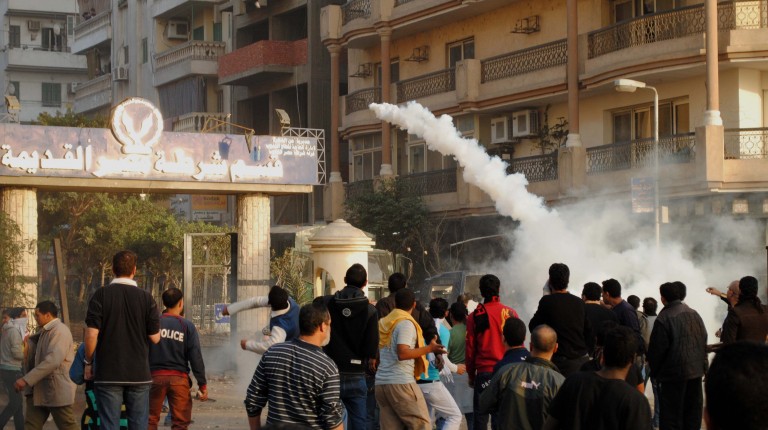 The Cairo Criminal Court postponed Sunday the trial of 68 defendants in the case known as the “storming of Helwan police station” to 29 September, to continue hearing eyewitness testimonies.

The defendants have been charged with premeditated murder, illegal assembly, destruction of public property, damaging police cars and private vehicles, and possession of live ammunition.

The director of the Helwan police station testified at Sunday’s trial, saying that around 3,000 people gathered around the station. They then proceeded to attack security forces with automatic weapons and Molotov cocktails that were thrown in heavy quantities at the station.

Among the defendants in the case is an elderly woman, Zeinab Ashour, and her two daughters. As they spoke to the judge during a previous trial session, Ashour had claimed that she was sick and was subjected to beatings inside the prison, while her daughter denied all accusations levelled against them.

The incident occurred on the same day of the violent dispersal of the Rabaa Al-Adaweya and Al-Nahda Square sit-ins in August 2013.