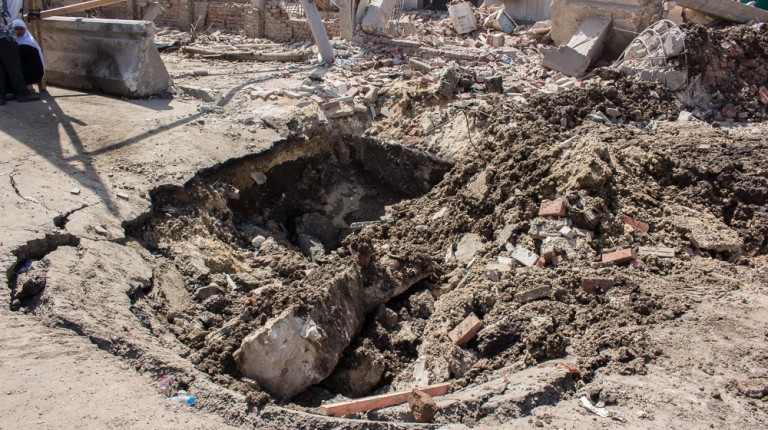 Compensation of EGP 5,000 will be given to each of the families whose homes were damaged in a blast in Shubra Al-Kheima in the Qaliubiya governorate, according to Minister of Social Solidarity Ghada Wali.

On Friday, Wali visited the area of the blast that targeted a National Security headquarters building at 2am on Thursday, and which left at least 29 people injured. The minister said that approximately 60 apartments had been damaged in the attack, state-owned news agency MENA reported.

Qaliubiya Governor Mohamed Abdel Zaher said Friday that the restoration work at the site of the bombing has already started. This came after the government said it will cover the costs of reconstruction work, assigning the job to the Arab Contractors construction firm.

With damage to the National Security building and adjacent buildings, Abdel Zaher said the work will last for 15 days, according to instructions from Prime Minister Ibrahim Mehleb.

In a statement attributed to the group, “lslamic State” (IS) claimed responsibility for the attack. According to the statement, the attack was “to avenge six young men who were executed last March, after being charged with forming a terrorist cell in Qaliubiya named ‘Arab Sharkas’”.