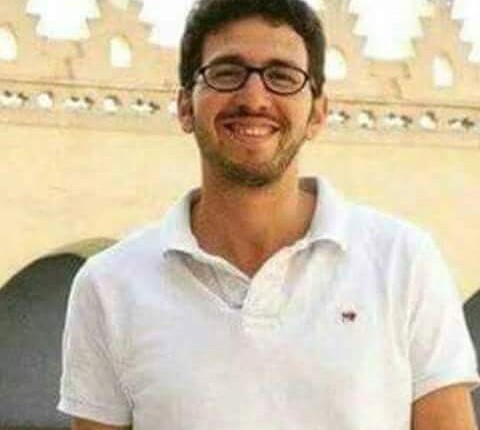 Detained lawyer Abdel Aziz Youssef wrote a letter from jail, published Saturday night by Egyptian lawyers, in which he raised the question: “What does the state want from me?”

The 28-year-old was arrested last week from his house in Sharqeya, with no mention made by the police of his arrest. The arrest occurred amidst complaints by his family that he had been “forcibly disappeared”. Youssef was questioned on 19 August, with the prosecution authorities renewing his detention for 15 days.

Rights’ lawyer Mokhtar Mounir, from the Association for Freedom of Thought and Expression (AFTE), reported that there was no significant action taken by the Lawyers’ Syndicate. Not even a representative was in attendance at investigations with lawyers, despite ongoing violations on lawyers’ rights by police and the judicial system.

For his part, Youssef describes in his letter the circumstances of his arrest, which took place at a late hour of the night. He said he was “surrounded by a lot of special forces, police cars and tanks. There were high rank police and army officers. I never knew I was that important.”

“But what is the crime I could have possibly committed that would require mobilising such a force to arrest me? I would have presented myself to authorities upon the issuing of any arrest warrant,” Youssef said.

He further expressed uncertainty regarding the duration of his imprisonment, and regrets for “wasting many opportunities to emigrate and choosing to stay”. He described how it felt to be “imprisoned”, after becoming familiarised with the procedures through his work and the stories his clients share.

The detained lawyer’s family had spent over 48 hours without information or official responses on Youssef’s whereabouts. On Sunday, his brother told Daily News Egypt that his location was revealed to be the Belbees Centre in Sharqeya.

“Lawyers working on the case are trying to get an appeal against holding him in custody,” he said. He added that the charges against Youssef include protesting, violence, belonging to the Muslim Brotherhood, and other, describing them as “fabricated charges”.

On the other hand, there has been no response from the Lawyers’ Syndicate, which was criticised by lawyers regarding the case. Youssef’s brother said: “There was no response whatsoever on the situation of my brother.”

“I am waiting for my unknown fate and my many questions have no answers, but I cannot think of why all this is happening to a man who has decided to stay away from politics, but I remember the words and strength of Esraa’ El-Taweel who has been holding strong despite much worse conditions,” Youssef wrote.

He concluded by saying that he would remember the quote of detained lawyer and activist Mahienour El-Massry: “We don’t like prison, but we are not afraid of it.”

Youssef, El-Massry, Kareem Hamdy, Emad Fahmy and Mohamed Al-Gamal are a few examples of cases where lawyers have been assaulted and abused by security officers. These came amidst calls by lawyers for the syndicate’s protection of the profession, which in turn would guarantee defendants’ rights.