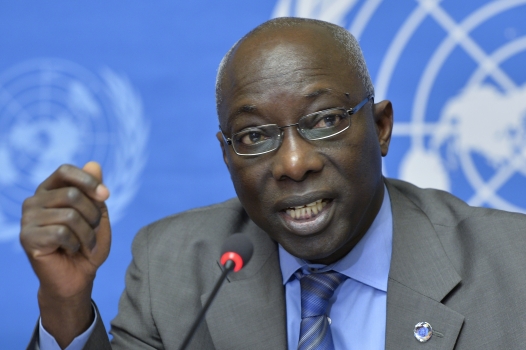 According to the latest United Nations estimate, at least 1,916 civilians have been killed in Yemen since 26 March 2015 as a result of the fighting between the Saudi-led coalition, the Houthis, and their respective allies. While both parties are responsible for the deaths of civilians, the majority have reportedly been killed as a result of air strikes by the Saudi-led coalition. The United Nations Secretary General has repeatedly called on the parties to comply with their obligation under international humanitarian law (IHL) to protect civilians.

However, reports indicate that there have been continued – and increasingly blatant – violations of IHL. For instance, human rights organisations found that indiscriminate attacks on 19 July by pro-Houthi forces against a civilian neighbourhood in Aden could amount to war crimes. Many of those killed were members of the marginalised Al-Muhamasheen community. They have also questioned how the residential compound housing workers in Taiz, which was hit by an air strike on 24 July that took the lives of at least 73 civilians, could have been considered a military target. It is legitimate, and vital, to ask such questions.

The facts are alarming: since March of this year, 207 civilian installations have been partially or completely destroyed, including hospitals, schools, places of worship and private homes. We have been struck by the virtual silence of the international community on the impact of the conflict on civilians in Yemen, notably the United Nations Security Council. In addition to bearing the brunt of the fighting, civilians now face an increasingly dire humanitarian situation as a result of the conflict. Sieges in a number of governorates have prevented staple food items from reaching civilians, and airstrikes have reportedly targeted local markets and trucks laden with food items.

Reports suggest that, in some cases, limiting access to food may even have been used as a military strategy – in what was already one of the poorest and least developed countries in the world. Unless there is a serious commitment of the parties to cease violence, allow humanitarian access and agree on steps towards a peaceful resolution of the conflict, the situation is likely to degenerate further and increase the suffering of civilians. As the fighting draws on, with tribal groups and communities taking sides, we fear that identity issues may become a part of the narrative of the parties to the conflict.

The Yemeni branch of the so-called “Islamic State” (IS) and Al-Qaeda in the Arabian Peninsula (AQAP) are exploiting the security vacuum in Yemen to extend their influence and control. They use sectarian arguments to justify their atrocities. As a result, there is a growing risk that civilians, in particular minorities living in Yemen and in neighbouring countries, could be targeted based on their identity. On 29 July, IS claimed responsibility for a car bomb that targeted the Al Faydh Al-Hatemy mosque in eastern Sana’a, attended by the Ismaili Shi’a minority. IS claimed that it had targeted Ismailis in revenge for their alleged support to the Houthis.

Continued and increasingly localised violence could lead to a scenario in which larger sections of communities are drawn into the fighting on the basis of their identity. Since the uprisings of 2011, the people of Yemen have made determined efforts to resolve their differences through political dialogue. However, this resolve is being seriously tested.

The parties to the conflict must be reminded of their obligation under international humanitarian law to protect civilians. We urge them to take all possible measures to prevent incitement to violence and sectarian reprisals. The media has the responsibility to refrain from fuelling divisions based on identity and, instead, to promote respect for diversity. The international community also has a responsibility to protect populations from genocide, war crimes, ethnic cleansing and crimes against humanity, and must intensify its efforts to fulfil this responsibility. In addition, escalating tensions in Yemen may have regional security implications that the international community cannot afford to ignore or underestimate.

We must, collectively, make the protection of the civilian populations of Yemen our primary consideration if we are to avoid a catastrophe in this region.

Coalition blockade ‘in violation of the laws of war’: HRW

Attack kills at least 15 in refugee camp in Yemen