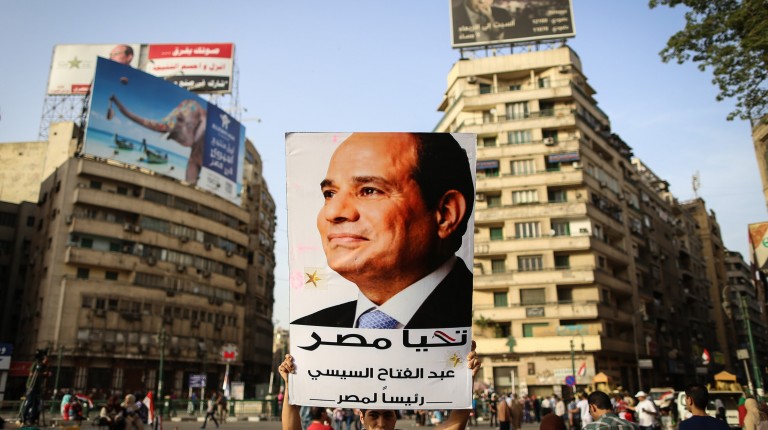 Two prominent Egyptian human rights organisations, the Cairo Institute for Human Rights Studies (CIHRS) and the Egyptian Initiative for Personal Rights (EIPR), consider the ratification of the new anti-terror law another humiliation to the will of the Egyptian people.

“The law is another nail in the state of law coffin and it is also a crushing hit to the constitution,” a joint statement from the two organisations read on Wednesday.

The organisations also said that despite amendments to the draft law, the ratified version did not affect “the repressive nature and constitutional defect” in the law. They added that it also did not remove “encouraging law enforcers on extrajudicial killings, guaranteeing them penalty evasion”.

The new anti-terrorism law was signed and passed by President Abdel Fattah Al-Sisi on 16 August, to take effect immediately, despite previous controversy over some of its articles.

According to the law, sentences to death or life imprisonment will be handed out for: founding or managing a terrorist group; forcing a member to stay inside a terrorist group; funding terrorism; espionage for a foreign country; or the death of a person as a result of any of those activities.

Life imprisonment or a strict prison term of 10 years is the penalty for: receiving or providing military training by terrorist groups; breaking into governmental facilities or foreign diplomats buildings; incitement to violence with the purpose of overthrowing the regime or changing the constitution or the government; hiding or destroying evidence on a terrorist act; joining foreign armies without permission or the facilitation of doing so; producing weapons; taking hostages; attacking military facilities; or hacking a government website.

Article 35 sets publishing information on terrorist and counter-terrorism operations that contradicts the Ministry of Defence as a felony of “promoting false news”, subject to a fine of between EGP 200,000 and EGP 500,000.

The law also permits security forces to use force against individuals without facing criminal charges.

“What doubles the worries about the ratification of the law, is the serious aberration that stroke the justice system and the absolute absence of effective judicial supervision over the work of law enforcers,” EIPR and CIHRS asserted.

The NGOs’ main criticism to the law included: representing a legislative attack on general freedoms and constitutions reproducing articles previously ruled unconstitutional; encouraging law enforcers to use deadly force; and enlisting a number of a peaceful activities that are done by political parties, protesting movements, student movements, labour movements, media and NGOs as terrorist activities.

The NGOs also expressed criticism to what they described as criminalising activities that fall under freedom of association, right of peaceful gathering, striking and freedom of thought and expression.

They also showed concern over violations to defendants’ rights, press freedom and also the expansion of the use of death penalties, that includes acts that do not lead to death.

The statement concluded by shedding light on Article 53 of the law, which the organisations believe allows the president to declare a state of emergency in the name of “dangers of terrorist crimes and environmental crisis.”

The two organisations asserted that the current security, legislative and judicial policies aggravate “the acts of political avenge and terrorism rather than reducing them, and that they are a part of the problem not a solution to the cancerous daily increase of terrorism and political avenge cells”.