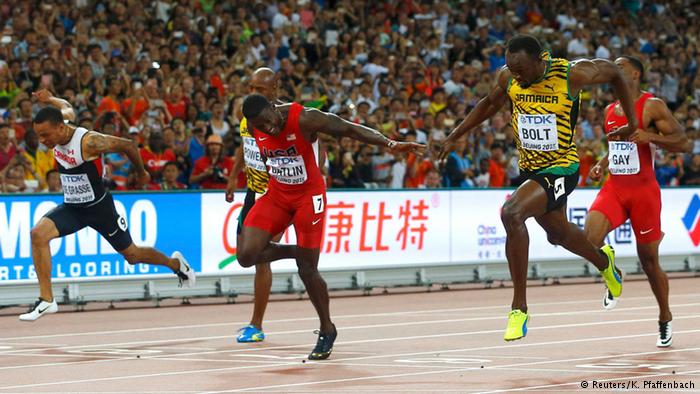 Out to make up for Keita’s late goal in Rome last week, Leverkusen scored before the break through Hakan Calhanoglu and ran out comfortable winners in the end with strikes from Admir Mehmedi and Karim Bellarabi.

The pre-match narrative was centered on South Korean attacker Son Heung-Min who was left out of the squad ahead of his expected transfer to Tottenham. The 23-year-old missed Saturday’s match in Hannover and has completed his medical with the North London club, according to sporting director Rudi Völler.

Bellarabi and Kyriakos Papadopoulos were reinstated to the starting line-up after missing out of the weekend’s 1-0 win at Hannover. Goalie Bernd Leno didn’t have much to do over the 90 minutes, but was forced to make an important intervention in the fourth minute after a mistake from Jonathan Tah.

Leverkusen resorted to long-range efforts with Calhanoglu – at times, frustratingly – opting for the more ambitious option on the counterattack. But Calhanoglu rammed home the opening goal to the delight of the home supporters with five minutes of the first-half remaining. The free-kick specialist netted from open play, slotting home a loose ball from 10 yards out after good work from Kiessling and Bellarabi on the right-hand side.

Despite leading, Leverkusen’s performance had room for improvement. And Schmidt’s half-time team talk paid dividends as the Bundesliga side took the initiative. On 48 minutes, Mehmedi scored the second – the Swiss international striker’s first goal for Leverkusen – thumping the ball past Berisha with his right-foot in the inside-right channel.

Two minutes later, Calhanoglu and Kiessling combined wonderfully on the edge of the penalty box, the Turkish international shooting directly at the keeper. Midfielder Lars Bender then tried his best to add a third to the score sheet, but his shot was tipped over the crossbar.

Without the leadership of captain Lucas Biglia or former German international striker Miroslav Klose, Lazio showed very limited signs of a fightback. Instead, the Italians spent their energy chasing back from a high defensive line, which saw center-back Mauricio dismissed for his second bookable offence on 68 minutes.

Bellarabi scored the third late on, assisted by Julian Brandt, as Leverkusen secures a vital financial boost by reaching the group phase of the Champions League. In three of the last four seasons, Leverkusen has reached the Last 16 of Europe’s premier club competition.

Rooney scored his second Champions League hat-trick for the Red Devils, his three goals falling either side of the half-time break. Ander Herrera made it four, latching on to a pass from Bastian Schweinsteiger who came off the bench.

Elsewhere, Astana are the first team from Kazakhstan to reach the lucrative group phase following a late strike to secure a win over APOEL Nicosia.

After the Kazakh side won 1-0 in the first-leg, the pressure was on the Cypriots to deliver the goods. Bosnian Semir Stilic scored on the hour mark, a deserved strike for all their dominance. But with four minutes left, Nemanja Maksimovic scored to send the away side into the group stages.