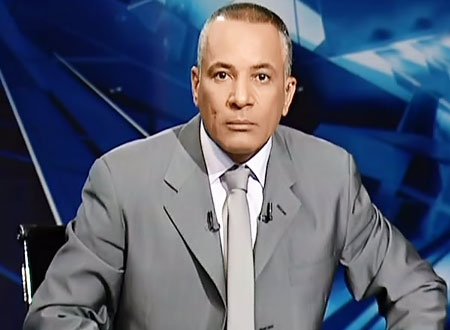 Controversial TV host Ahmed Moussa is facing a court decision regarding the halting of his daily programme, according to a decision issued Wednesday by the advisory board of state commissioners of the administrative court.

Moussa’s show had sparked public controversy on several instances, mainly regarding issues of defamation. He had been previously arrested, and received prison sentences and fines, after several political and public figures filed lawsuits against him.

Moussa is a pro-state figure; part of a group of journalists who are seen to have close ties to the presidency. Further, his views are aggressively opposed to the 25 January Revolution, and he has repeatedly “reported” compromising information on young revolutionary icons.

In March, a Nasr City Misdemeanour Court sentenced Moussa to two years’ imprisonment and an EGP 20,000 fine for libel.

Moussa allegedly insulted, defamed, and disclosed untrue facts about Osama Al-Ghazali Harb, head of the Democratic Front political party, according to the complaint filed against the presenter.

This was followed by Moussa being fined EGP 15,000 for defaming activist Esraa Abdel Fattah.

On a further note, the commission also pushed towards banning the president of the Al-Zamalek Sports Club Mortada Mansour from appearing on TV channels. The court is to set to rule in a case after a lawsuit was filed against Mansour, on accusations of pubic defamation on regular basis.

Mansour has had a history in legal and public cases against him due to insulting different figures, in addition to ongoing conflicts with the Ultras White Knights football fans, which included an alleged assassination attempt against him, according to his accusations.

The latest of his quarrels was regarding an issue with Al-Ahly football club, in which he made controversial TV statements, also regarding the Sports Minister.

Last year, the Press Syndicate called on journalists to boycott any press conferences related to the club and its president, as well as abstaining from using his name and referring to him simply as the ‘Zamalek Club president’.

In return, Mansour restricted journalists’ memberships at the club. However, the conflict was resolved a few months ago.

As for the latest development, the court is yet to decide whether or not it will follow the commission’s recommendation on the matter.