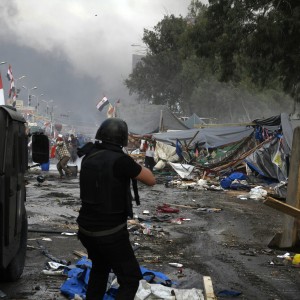 Mohamed Abdel Fattah, head of the state budget sector, said the approved amounts by Dimian include: EGP 1.5bn for the Ministry of Supply; EGP 1bn for goods covered by ration cards for July; along with EGP 0.5bn to support the new bread subsidy system. In addition to this, a total of $142.81m will be dedicated to import 650,000 tonnes of wheat.

Abdel Fattah said the fund also includes EGP 74.1m for the Ministry of Transport to support the operation of non-economic railway lines. The money will also be used to support student subscriptions on the railway lines for July, according to the tripartite protocol signed by the Ministries of Finance, Education and Transportation. This will occur alongside the allocation of EGP 15.4m for Egypt’s subscriptions at some international bodies.

Abdel Fattah noted that Dimian also agreed to provide EGP 20m to the Assiut Company for Water and Wastewater (ASCWW), for the annexation of drinking water and sanitation facilities in the New Valley governorate.

A total amount of EGP 12m will be dedicated as a contribution by the Ministry of Finance in the Water and Wastewater Company in Suez Canal governorates for the purchase of 20 water vehicles.

Abdel Fattah also noted that Dimian agreed last week to pay EGP 32.477m for journalist as training and technology allowance. This money will also be used to pay the salaries of Elshaab newspaper for the months of July and August 2015.

“EGP 6,688,518 was dedicated for sovereign social allowance for state-owned newspapers’ journalists, which previously approved in 2008 by 30% up to a maximum of EGP 180m,” said Abdel Fattah.

In the same context, the Ministry of Supply declared Saturday that the General Authority for Supply Commodities (GASC) contracted the purchase of 55,000 tonnes of Ukrainian wheat at a cost of $10.5m.

The World Bank has provided Egypt with $305m for the Egypt National Railways Restructuring Project, which had started in 2009, and which will end in January 2019.