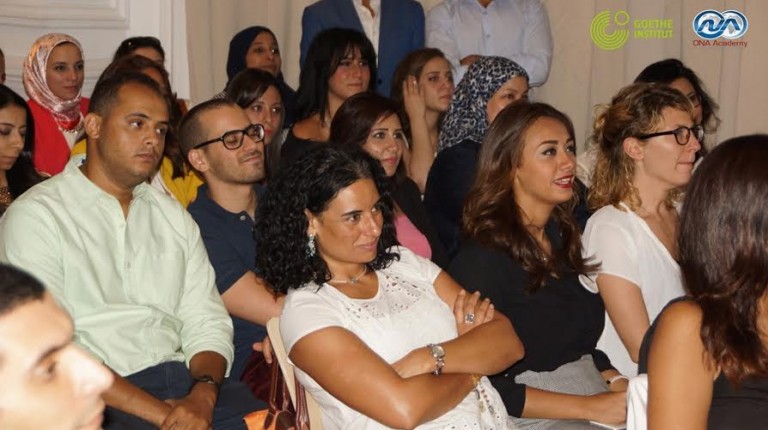 A room full of young people with loud voices and laughter, giggles that barely hide the anticipation, stress and overwhelming happiness, selfies being taken with girls elegantly dressed for the event in which the film screening and the announcement of the winners of “The Road to Germany” competition took place last week. 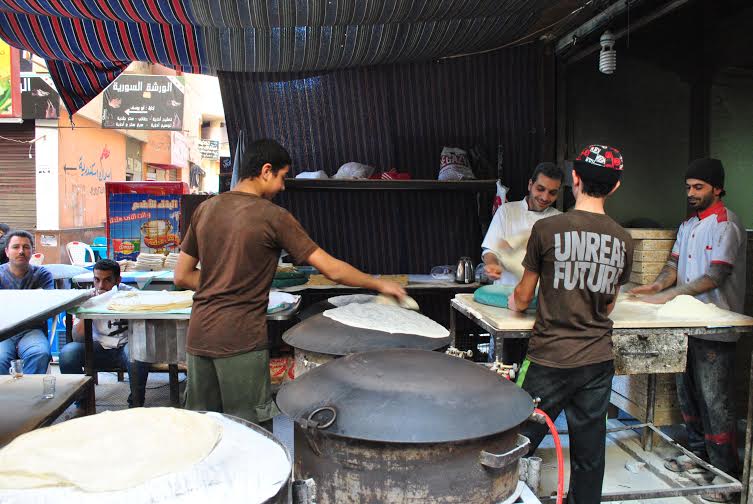 The Road to Germany is a Berlin-based scholarship programme organised by Germany’s Goethe Institute in corporation with Egypt’s ONA Academy. The programme mainly aims to act as a cultural exchange between Egypt and Germany, providing the opportunity for up-and-coming journalists to learn more about the media portals in both countries.

The competition is in its second year, after having huge success last year. The winning team will travel to Germany to learn more on the backstage details of releasing media shows

“As the German Culture Institute in Egypt, we initiated the programme as we believe it’s highly important to have qualified journalists in every country,” said Johanna Keller, Head of Arts MENA Region at the Goethe Institute. “We wanted to support young Egyptian journalists by letting them know more about the several media portals run in Germany.”

In her point of view, Keller believes that journalists enable people to know the truth about their form of living in a different way, so they would purely expose the truth about different cultures which may not be what others expected.

All of the participants were previously students at ONA Academy, which is a media training academy linked to privately owned channel ONtv. That allowed them to learn about the techniques used in Egyptian media channels of creating programmes from scratch until they are aired live on TV. It also helped them to shoot the documentaries on their own without the help of others.

By travelling to Germany, the teams would be allowed to compare between what they have seen at Egypt media portals and the German ones, to find a means of merging the good things of both sides. More than 500 applicants applied for the competition, with 44 accepted in the end before being divided into four teams.

“Such a competition allows people who come from different backgrounds and cultures to communicate together in order to come up with the finest results for the documentaries,” said Haitham El-Sawy, ONA Academy’s General Manager.

El-Sawy believes the competition also instils a sense of commitment with the participants so that “they know that there’s a deadline they have to reach and they are committed to do it”. He also sees that all teams having equal chances to win the prize is one of the best opportunities they might get in the competition. “For me, Germany is the gate to change the way people look at their lives and dreams,” he added. “It personally changed my perspective on media channels, and I hope it does the same to those who’ll get the chance to go there.”

In order to win the opportunity of visiting Germany for 10 days, the competing teams had to shoot short documentaries about Community service organisations in Egypt showing several forms of helping others through different self-funded initiatives.

One of the films discussed an initiative called “Khalel fe Halak” (Mind your own business). In the documentary, the initiative’s team talked of their forms of fighting one of the main cultures running in Egypt, which is focusing on other people’s business more than one’s own.

The documentary covers a girl’s rights on whether she wears the hijab (headscarf) or not, choosing the major they want to study, or even the lifestyle they choose to live.

Another initiative was about a community service group of Zamalek residents who teach street kids several forms of art and music. The group spends three hours each Saturday at a public garden in Zamalek.

The winning film discussed an initiative called “I have a dream”, which allows cultural exchanges between Egypt and other countries by allowing young people to travel  to those countries and see the country and its people in reality.

The judges were independently chosen from different fields to judge the films based on their ideas, the shooting, the documentary’s approach to the cause and the message it delivers After travelling to Germany, the members of the winning team will identify the role of media in Germany in general, and the role of Press TV, in particular under the private and public broadcasting sector. They will visit both the headquarters of dpa and the ZDF channels in Berlin, and also Deutsche Welle channel and ARD channel, along with a number of private media institutions. They will also have a two-day training period in the different media institutions in Berlin.