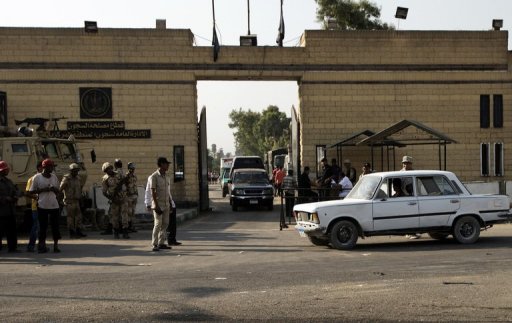 As part of his criticism of the report, Imam called it: “False, illogical and praiseful to the authority.”

The NCHR said in a report on Thursday, following a visit to investigate accusations of abuse in Al-Aqrab Prison, that all prison inmates were treated well, adding that such reports were exaggerated.

“The council is planning to visit more prisons as soon as we get permission from the prosecutor general for investigating,” NCHR member Hafez Abu Seada said.

Abu Seada told Daily News Egypt Sunday that the visit to Al-Aqrab Prison was a surprise for the council members, not for the Ministry of Interior.

“The council should have organised a surprise visit to see the situation as it is for real, and to witness the abuse of inmates, not to show things that don’t reflect how bitter and ugly the reality is,” Imam commented.

The council’s report recommended creating a shaded area for families waiting outside the prison for visits, making the visits face-to-face without glass barriers, and putting beds back into the cells.

Earlier this month, Islamist leader Essam Soltan’s wife said that she was not allowed to visit her husband for three months. Two members of Islamist groups who were detained at Al-Aqrab Prison have also recently died in the prison.