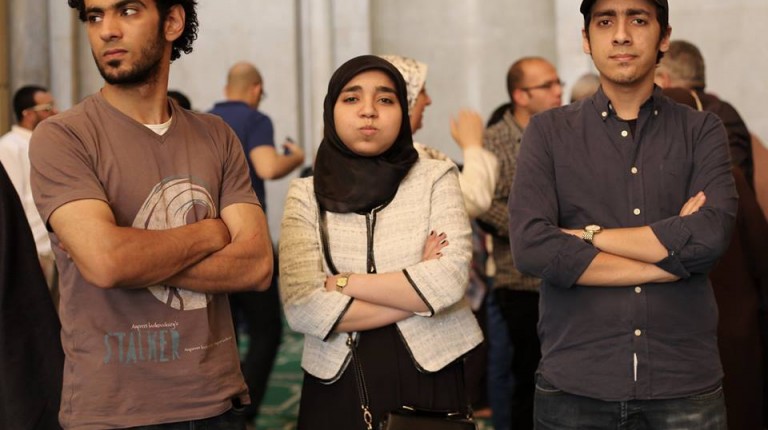 Following months of cases circulating on social media and press, a local Egyptian NGO claims to have recorded 1,250 cases of forced disappearances in the first eight months of 2015; individuals who have later resurfaced after a period of detention.

In a report entitled ‘Behind the Sun’, the Egyptian Coordination for Rights and Freedoms (ECRF) lays out its findings on the practice, in which government security forces allegedly abduct an individual without any legal process. From a low point in January, in which 44 disappearances were recorded thoughout the month, the figure peaked during May, in which the independent NGO recorded 393 cases.

The NGO also registers a further figure of 228 disappearances, aside from the 1,250, who have disappeared have yet to reappear.

Executive Director of the ECRF Ezzat Ghoneim told Daily News Egypt: “We work with activists, lawyers and legal activists to identify cases and subsequently speak to families and collect official documentation to confirm the disappearances. We then follow-up with the families to see if the individual has appeared in front of prosecution.”

“Within the 1,250 figure we had three categories of disappeared: those who appear on charges of illegal protesting or joining an outlawed group; those who are charged with violent activities and joining a terrorist group; and those who are released after their disappearance,” Ghoneim said.

Ghoneim continued that the majority of disappearances are Islamists, while there is a small number of liberal activists and those who are anti-government but are not affiliated.

However, Ghoneim also identified the weaknesses of their work: “North Sinai is a warzone and hard to establish information; that’s why we had a figure of only one disappearance there. We acknowledge there is terrorism there, so it is not clear who is disappearing and who is behind the disappearances.”

The NGO recorded 307 cases in the governorate of Gharbeya, Ghoneim said: “The high figure is strange there and we are still researching why; there is not a huge Islamist movement in that governorate compared to Giza and other areas.”

Earlier this year, local revolutionary activist network Freedom for the Brave published a figure of 163 forced disappearances in May and June that they had recorded; the individuals were mainly young people and activists.

A Ministry of Interior spokesperson previously denied that police forcibly take individuals in this manner, telling Daily News Egypt that Egypt’s police forces are not targeting young people, regardless of their political affiliations.

The ministry has said that if anyone believes they have evidence of the practice, they should file a formal complaint with them.

Mohamed Lotfy, founder of the separate group Egyptian Commission for Rights and Freedoms, told local press earlier this year that authorities have not have not responded to most complaints filed by independent groups.

“Forced disappearances have been going on since [the regime change of] 30 June, however it came to the surface in the media after March 2015 when [local newspaper] Al Masry Al Youm started reporting cases after the disappearance and death of lawyer Kareem Hamdy at a police station, and the disappearances of Esraa El-Taweel and Sohaib Saad,” said Ghoneim.

In one notable case of disappearances at the beginning of June, three young students, Esraa El-Taweel, Sohaib Saad, and Omar Ali, disappeared after dining at a Cairo restaurant, and after two weeks they appeared in different prisons.

Later, in July, the Ministry of Defence broadcast a video on television and online of individuals apparently confessing to membership of a terrorist cell and claiming responsibility for attacks on state facilities and personnel, as well as militant training in Syria. Among those appearing in the video is Sohaib Saad, 22, who tells the camera that, as part of his work, he purchased a weapon that was given to another member to assassinate a police officer involved in the dispersal of the Rabaa Al-Adaweya sit-in in August 2013.

Saad on Saturday also received a three-year prison sentence in the separate Al Jazeera case on charges of conspiring with the Qatari-network’s journalists by joining an outlawed group, obstructing governmental institutions and the law, attacking the personal liberty of citizens or other freedoms, and harming national unity and social peace.

However, after the video’s appearance in July, Saad’s brother Osama said that the testimony was produced under duress: “Sohaib was kidnapped and forcibly disappeared for two weeks. Then he appeared in Tora Prison. During the time of his forced disappearance he was hung by his wrists for three full days and electrocuted all over his body.”

He continues that his brother was released in February with two of the Al Jazeera journalists after 13 months of detention, and that he could not have plausibly committed the acts he claims in the video before his disappearance in June.

A Ministry of Defence press release stated that the operation which caught those appearing in the video was “part of a strategic plan by Egypt’s security services to detect terrorist organisations that aim to destabilise the country, the economy and national security”.

Mokhtar Mounir, a lawyer at the Association for Freedom of Thought and Expression (AFTE), previously told local independent media outlet Mada Masr that the practice of seizing individuals in this manner is unconstitutional. Article 54 of the Egyptian constitution states: “All those arrested or detained shall be informed of the reasons and of their rights in writing, and allowed to immediately contact their kin and lawyer, and be presented to the investigating authority within 24 hours of the time of arrest.”

In another notable disappearance case, student Islam Ateeto disappeared from Ain Shams University while sitting an exam. He was found dead the next day.

The Ministry of Interior later accused Ateeto of killing police officer Wael Tahoon in April, and stated that Ateeto died in a shoot-out with officers. Daily News Egypt received testimonies from eyewitnesses to his abduction and those who saw the CCTV recordings of the day in the university, who said that Ateeto was chased and forcibly arrested at the university.